Society is out of practice at this task; the same culture of silence that protected harassers also suppressed the public response to their crimes. Many people struggle even to know which questions to ask, and worry that if they ask the wrong ones, they might become part of the problem.

There is a temptation to simplify matters by viewing all harassers and their offenses as equally awful, or, alternatively, as equally misunderstood. But to be fair and effective, any system needs to make distinctions: to sort Harvey Weinstein from Roy Moore; and Louis C.K. and Matt Lauer from Al Franken.

The legal system, while quite different from the court of public opinion, offers principles and reasoning that we can use to evaluate each case as it flares.

Until recently, all of those accused, no matter the severity of their offenses, faced the same consequences: generally none. Protected by their power and authority, they kept their careers and reputations intact.

As that begins to change, some worry that we might bungle the job. “Taking harassment seriously also requires making serious distinctions,” Jonah Goldberg, a conservative columnist, wrote recently for The Los Angeles Times. “And yet Franken’s name is routinely listed alongside Moore’s and Weinstein’s.”

Masha Gessen, writing in The New Yorker, worried we may be on the verge of a “sex panic.”

Jane Curtin, a comedian who is a friend and former colleague of Franken’s, compared the current atmosphere to McCarthyism. “It’s just like the red menace,” she said in an interview with The Times. “You don’t know who’s going to be next.”

Many of those accused have lost their jobs, but for the most part, they are not facing legal consequences. Yet principles borrowed for criminal law can help us analyze whether our response to their actions is just and fair.

Criminal punishment tends to rest on two broad principles: the seriousness of the wrongdoing, and the perpetrator’s intent in committing the crime.

Viewed through that lens, the accusations against Weinstein, which include rape, and Moore, who is accused of molesting teenage girls, are clearer-cut cases for punishment than those against, say, Louis C.K., who masturbated in front of adult women but did not touch them.

It’s also important that courts do not consider only the moment of the crime itself in determining punishment. Our system also punishes defendants who threaten witnesses or obstruct justice, as well as others who help them do so. Here again, the accusations against Weinstein are especially extreme. According to a report by Ronan Farrow in The New Yorker, he hired ex-Israeli intelligence agents to intimidate victims and journalists into silence.

Dana Min Goodman and Julia Wolov, two of the women who have accused Louis C.K. of misconduct, have said they stayed silent for years in part because of pressure from Dave Becky, Louis C.K.'s manager. Becky has denied threatening them. But the women have said they feared that speaking would bring retribution.

The question of punishment is merely one factor in considering these cases. The wave of accusations has also led to demands that society recognize and repair the harm of sexual misconduct.

Caroline Framke, a culture critic for Vox, called for an accounting of the “graveyard of potential cut short by careless cruelty.”

The principles of civil law, which are intended to make victims whole and ensure that no one profits from wrongdoing, can offer useful guidance about what is fair, and what is necessary.

A central principle is that the person at fault, not the victim, should bear the cost of the harms of wrongdoing. In law school, budding attorneys learn the “eggshell plaintiff” rule, which says that defendants are responsible for all of the harm they cause, even if the injuries were made more extreme because, say, the victim’s skull was as thin as an eggshell. Otherwise, the reasoning goes, the costs will fall on the victims — a more unfair outcome than holding perpetrators responsible for unexpectedly severe damages.

It is now becoming clear that there is not a one-to-one correlation between the objective egregiousness of sexual misconduct and the damage it can cause.

Louis C.K.'s actions may have been less extreme than Weinstein’s. But Goodman and Wolov have said they felt they could no longer work on projects involving him or his manager — a category that grew to include a large chunk of the comedy industry as Louis C.K.'s career took off.

And the Emmy-award-winning writer Kater Gordon told The Information that when Matthew Weiner, her boss on the show “Mad Men,” told her that he “deserved to see her naked,” he undermined her confidence and ambition. (Weiner has said that he does not remember making that comment, and would not speak that way to a colleague.)

Held up next to the allegations against Weinstein or Moore, those words may seem like a misdemeanor. But the harm was nevertheless severe, Gordon says, because she left the television industry, abandoning a promising career.

Women are often told to grow a “thicker skin” and become less sensitive to harassment. But the eggshell plaintiff rule suggests a different conclusion: that the harassers should bear the costs of the harm they impose, even on “thin-skinned” victims.

Holding particular harassers responsible for harms suffered by an entire industry or gender is difficult; there are too many contributing factors for it to be easy to apportion blame. Collective harm may be more suited to government- or society-level responses. But again, the harm is there. The question is who ought to bear the cost.

Why it’s hard to think through these accusations

People worry that we are sliding down a slippery slope to neo-puritanism, or in the throes of a witch hunt for sexual impropriety. Perhaps it will turn out that we are. But social science research suggests that this discomfort is a natural consequences of shifting social norms, not necessarily a sign that the changes are going too far.

Humans are wired to conform to group judgments. Dan Kahan, a professor at Yale Law School, argued in an influential paper that we rely more on our peers’ opinions than on actual laws to determine what behavior is right or wrong.

In the famous “conformity study” by the researcher Solomon Asch, a majority of participants chose to select a clearly incorrect answer to a question rather than defy the group and cease being a peer in good standing.

Partisanship was a crucial element in the issue of sexual assault during the 2016 presidential campaign, when Donald Trump was heard on tape boasting about grabbing women’s genitals. The ensuing public debate led many women to discuss their experiences for the first time.

That was a shift away from the previous rules, in which victims stayed silent. But the partisan aspect of the episode meant that the new conversation about assault was still a form of group morality and a way to conform to group judgments. Opposing sexual assault became a way to call Trump unfit for office, and so it fit within the familiar context of partisan rivalry.

But the more recent accusations — affecting Democrats as well as Republicans — have scrambled that partisan logic and made such group moral decision-making more difficult.

Meanwhile, the old norms of gender roles and hierarchies have not disappeared, and may conflict with new demands for accountability. There is no safe harbor of conformity to be had.

It would be convenient if doing the right thing were easy. But bringing long-hidden harms to the surface cannot help disturbing the status quo. Accounting for years of wrongdoing is costly, and dismantling hierarchies that fostered harm can lead, in the short term, to chaos. Now society must decide how many of those costs it is willing to bear. 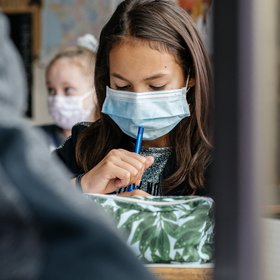 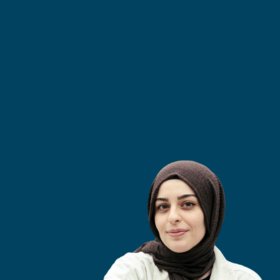