In this year's campaign furor over a supposed 'war on women,' involving birth control and abortion, the assumption is that the audience worrying about these issues is just women. Give us a little credit. We men aren't mercenaries caring only for Y chromosomes. We have wives and daughters, mothers and sisters, and we have a pretty intimate stake in contraception as well.

This isn't like a tampon commercial on television, leaving men awkwardly examining their fingernails. When it comes to women's health, men as well as women need to pay attention. Just as civil rights wasn't just a 'black issue,' women's rights and reproductive health shouldn't be reduced to a 'women's issue.'

To me, actually, talk about a 'war on women' in the United States seems a bit hyperbolic: in Congo or Darfur or Afghanistan, I've seen brutal wars on women, involving policies of rape or denial of girls' education. But whatever we call it, something real is going on here at home that would mark a major setback for American women - and the men who love them.

On these issues, Mitt Romney is no moderate. On the contrary, he is considerably more extreme than President George W. Bush was. He insists, for example, on cutting off money for cancer screenings conducted by Planned Parenthood.

The most toxic issue is abortion, and what matters most for that is Supreme Court appointments. The oldest justice is Ruth Bader Ginsburg, a 79-year-old liberal, and if she were replaced by a younger Antonin Scalia, the balance might shift on many issues, including abortion. One result might be the overturning of Roe v. Wade, which for nearly four decades has guaranteed abortion rights. If it is overturned, abortion will be left to the states - and in Mississippi or Kansas, women might end up being arrested for obtaining abortions.

Frankly, I respect politicians like Paul Ryan who are consistently anti-abortion, even in cases of rape or incest. I disagree with them, but their position is unpopular and will cost them votes, so it's probably heartfelt as well as courageous. I have less respect for Romney, whose positions seem based only on political calculations.

Romney's campaign Web site takes a hard line. It says that life begins at conception, and it gives no hint of exceptions in which he would permit abortion. The Republican Party platform likewise offers no exceptions. Romney says now that his policy is to oppose abortion with three exceptions: rape, incest and when the life of the mother is at stake.

If you can figure out Romney's position on abortion with confidence, tell him: at times it seems he can't remember it. In August, he abruptly added an exception for the health of the mother as well as her life, and then he backed away again.

Romney has also endorsed a 'personhood' initiative treating a fertilized egg as a legal person. That could lead to murder charges for an abortion, even to save the life of a mother.

In effect, Romney seems to have jumped on board a Republican bandwagon to tighten access to abortion across the board. States passed a record number of restrictions on abortion in the last two years. In four states, even a woman who is seeking an abortion after a rape may be legally required to undergo a transvaginal ultrasound.

If politicians want to reduce the number of abortions, they should promote family planning and comprehensive sex education. After all, about half of all pregnancies in the United States are unintended, according to the Guttmacher Institute, which conducts research on reproductive health. Yet Romney seems determined to curb access to contraceptives. His campaign Web site says he would "eliminate Title X family planning funding," a program created in large part by two Republicans, George H. W. Bush and Richard Nixon.

Romney has boasted that he would cut off all money for Planned Parenthood - even though federal assistance for the organization has nothing to do with abortions. It pays for such things as screenings to reduce breast cancer and cervical cancer.

Romney's suspicion of contraception goes way back. As governor of Massachusetts, he vetoed a bill that would have given women who were raped access to emergency contraception.

Romney also wants to reinstate the "global gag rule," which barred family planning money from going to aid organizations that even provided information about abortion. He would cut off money for the United Nations Population Fund, whose work I've seen in many countries - supporting contraception, repairing obstetric fistulas, and fighting to save the lives of women dying in childbirth.

So when you hear people scoff that there's no real difference between Obama and Romney, don't believe them.

And it's not just women who should be offended at the prospect of a major step backward. It's all of us. 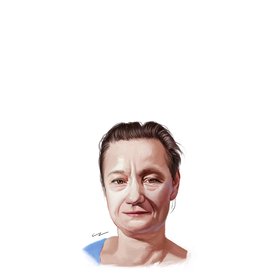