Believing he was answering a holy call, Harry Sarfo left his home in the working-class city of Bremen last year and drove for four straight days to reach the territory controlled by the Islamic State in Syria.

He barely had time to settle in before members of the Islamic State’s secret service, wearing masks over their faces, came to inform him and his German friend that they no longer wanted Europeans to come to Syria. Where they were really needed was back home, to help carry out the group’s plan of waging terrorism across the globe.

“He was speaking openly about the situation, saying that they have loads of people living in European countries and waiting for commands to attack the European people,” Sarfo recounted Monday, in an interview with The New York Times conducted in English inside the maximum-security prison near Bremen. “And that was before the Brussels attacks, before the Paris attacks.”

The masked man explained that, although the group was well set up in some European countries, it needed more attackers in Germany and Britain, in particular. “They said, ‘Would you mind to go back to Germany, because that’s what we need at the moment,'” Sarfo recalled. “And they always said they wanted to have something that is occurring in the same time: They want to have loads of attacks at the same time in England and Germany and France.”

The operatives belonged to an intelligence unit of the Islamic State known in Arabic as the Emni, which has become a combination of an internal police force and an external operations branch, dedicated to exporting terror abroad, according to thousands of pages of French, Belgian, German and Austrian intelligence and interrogation documents obtained by The Times.

The Islamic State’s attacks in Paris on Nov. 13 brought global attention to the group’s external terrorism network, which began sending fighters abroad two years ago. Now, Sarfo’s account, along with those of other captured recruits, has further pulled back the curtain on the group’s machinery for projecting violence beyond its borders.

Reinforcing the idea that the Emni is a core part of the Islamic State’s operations, the interviews and documents indicate that the unit has carte blanche to recruit and reroute operatives from all parts of the organization — from new arrivals to seasoned battlefield fighters, and from the group’s special forces and its elite commando units. Taken together, the interrogation records show that operatives are selected by nationality and grouped by language into small, discrete units whose members sometimes only meet one another on the eve of their departure abroad.

And through the coordinating role played by al-Adnani, terror planning has gone hand-in-hand with the group’s extensive propaganda operations — including, Sarfo claimed, monthly meetings in which al-Adnani chose which grisly videos to promote based on battlefield events.

Based on the accounts of operatives arrested so far, the Emni has become the crucial cog in the group’s terrorism machinery, and its trainees led the Paris attacks and built the suitcase bombs used in a Brussels airport terminal and subway station. Investigation records show that its foot soldiers have also been sent to Austria, Germany, Spain, Lebanon, Tunisia, Bangladesh, Indonesia and Malaysia.

With European officials stretched by a string of assaults by seemingly unconnected attackers who pledged allegiance to the Islamic State, also known as ISIS or ISIL, Sarfo suggested that there may be more of a link than the authorities yet know. He said he was told that undercover operatives in Europe used new converts as go-betweens, or “clean men,” who help link up people interested in carrying out attacks with operatives who can pass on instructions on everything from how to make a suicide vest to how to credit their violence to the Islamic State.

Sarfo, who was recently moved out of solitary confinement at his German prison because he is no longer considered violent, agrees with that assessment. “Many of them have returned,” he said. “Hundreds, definitely.”

The first port of call for new arrivals to the Islamic State is a network of dormitories in Syria, just across the border from Turkey. There, recruits are interviewed and inventoried.

Sarfo checked all the necessary boxes, and on the third day after his arrival, the members of the Emni came to ask for him. He wanted to fight in Syria and Iraq, but the masked operatives explained that they had a vexing problem.

“They told me that there aren’t many people in Germany who are willing to do the job,” Sarfo said soon after his arrest last year, according to the transcript of his interrogation by German officials, which runs more than 500 pages. “They said they had some in the beginning. But one after another, you could say, they chickened out, because they got scared — cold feet. Same in England.”

By contrast, the group had more than enough volunteers for France. “My friend asked them about France,” Sarfo said. “And they started laughing. But really serious laughing, with tears in their eyes. They said, ‘Don’t worry about France.’ ‘Mafi mushkilah’ — in Arabic, it means ‘no problem.'” That conversation took place in April 2015, seven months before the coordinated killings in Paris in November, the worst terrorist attack in Europe in over a decade.

While some details of Sarfo’s account cannot be verified, his statements track with what other recruits related in their interrogations. And both prison officials and the German intelligence agents who debriefed Sarfo after his arrest said they found him credible.

Since the rise of the Islamic State over two years ago, intelligence agencies have been collecting nuggets on the Emni. Originally, the unit was tasked with policing the Islamic State’s members, including conducting interrogations and ferreting out spies, according to interrogation records and analysts. But French members arrested in 2014 and 2015 explained that the Emni had taken on a new portfolio: projecting terror abroad.

“It’s the Emni that ensures the internal security inside Dawla” — the Arabic word for state — “and oversees external security by sending abroad people they recruited, or else sending individuals to carry out violent acts, like what happened in Tunisia inside the museum in Tunis, or else the aborted plot in Belgium,” said Nicolas Moreau, 32, a French citizen who was arrested last year after leaving the Islamic State in Syria, according to his statement to France’s domestic intelligence agency.

Moreau explained that he had run a restaurant in Raqqa, Syria, the de facto capital of the group’s territory, where he had served meals to key members of the Emni — including Abdelhamid Abaaoud, the on-the-ground commander of the Paris attacks, who was killed in a standoff with the police days later.

Other interrogations, as well as Sarfo’s account, have led investigators to conclude that the Emni also trained and dispatched the gunman who opened fire on a beach in Sousse, Tunisia, in June, and the man who prepared the Brussels airport bombs.

Records from French, Austrian and Belgian intelligence agencies show that at least 28 operatives recruited by the Emni succeeded in deploying to countries outside of the Islamic State’s core territory, mounting both successful attacks and plots that were foiled. Officials say that dozens of other operatives have slipped through and formed sleeper cells.

In his own interactions with the Emni, Sarfo realized that they were preparing a global portfolio of terrorists and looking to fill holes in their international network, he said.

In his briefings with the German authorities, and again in the interview this week, Sarfo raised the possibility that some of the recent attackers in Europe who pledged allegiance to the Islamic State’s leader during their assaults might have a more direct link to the group than officials believe.

Sarfo explained that the Emni keeps many of its operatives underground in Europe. They act as nodes that can remotely activate potential suicide attackers who have been drawn in by propaganda. Linking them are what Sarfo called “clean men,” new converts to Islam with no established ties to radical groups.

“These people are not in direct contact with these guys who are doing the attacks, because they know if these people start talking, they will get caught,” he said of the underground operatives.

The intelligence documents and Sarfo agree that the Islamic State has made the most of its recruits’ nationalities by sending them back to plot attacks at home. Yet one important region where the Emni is not thought to have succeeded in sending trained attackers is North America, Sarfo said, recalling what the members of the branch told him.

Though dozens of Americans have become members of the Islamic State, and some have been recruited into the external operations wing, “they know it’s hard for them to get Americans into America” once they have traveled to Syria, he said.

“For America and Canada, it’s much easier for them to get them over the social network, because they say the Americans are dumb — they have open gun policies,” he said. “They say we can radicalize them easily, and if they have no prior record, they can buy guns, so we don’t need to have no contact man who has to provide guns for them.”

During his time in Syria, Sarfo was contacted by other German fighters who wanted him to be an actor in a propaganda film aimed at German speakers. They drove to Palmyra, and Sarfo was told to hold the group’s black flag and to walk again and again in front of the camera as they filmed repeated takes. Syrian captives were forced to kneel, and the other German fighters shot them, showing an interest only in the cinematic effect.

One turned to Sarfo immediately after killing a victim and asked: “How did I look like? Did I look good, the way I executed?”

Sarfo said he had started doubting his allegiance to ISIS during his training, after seeing how cruelly they treated those who could not keep up. Making the propaganda video provided his final disillusionment when he saw how many times they recorded each scene in the 5-minute film. Back in Germany, when he had been inspired by similar videos, he had always assumed they were real, not staged.

He began plotting his escape, which took weeks and involved sprinting and crawling in a field of mud before crossing into Turkey. He was arrested at Bremen Airport, where he landed on July 20, 2015, and he voluntarily confessed. He is now serving a three-year term on terrorism charges. 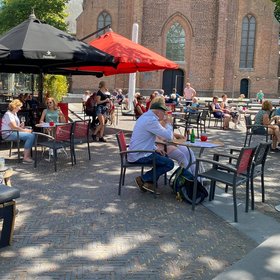 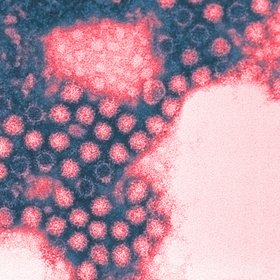