Seven years ago, the financial crisis sent our economy into a tailspin. Over 5 million people lost their homes. Nearly 9 million lost their jobs. Nearly $13 trillion in household wealth was wiped out.

Under President Barack Obama, our economy has come a long way back. Our businesses have created more than 13 million jobs. People's savings are being restored. And we have tough new rules on the books, including the Dodd-Frank Act, that protect consumers and curb recklessness on Wall Street.

But not everyone sees that as a good thing. Republicans, both in Congress and on the campaign trail, are dead-set on rolling back critical financial protections.

Right now, Republicans in Congress are working to attach damaging deregulation riders to the must-pass spending bill. They're attempting to defund the Consumer Financial Protection Bureau. They want to roll back common-sense efforts to prevent conflicts of interest by financial managers. And they're trying to undo constraints on risk at some of the largest and most complex financial institutions.

Obama and congressional Democrats should do everything they can to stop these efforts. But it's not enough simply to protect the progress we have made. As president, I would not only veto any legislation that would weaken financial reform, but I would also fight for tough new rules, stronger enforcement and more accountability that go well beyond Dodd-Frank.

My comprehensive plan has already won praise from progressives like Sherrod Brown and Barney Frank. Here's what it would do.

First, we need to further rein in major financial institutions. My plan proposes legislation that would impose a new risk fee on dozens of the biggest banks - those with more than $50 billion in assets - and other systemically important financial institutions to discourage the kind of hazardous behavior that could induce another crisis. I would also ensure that the federal government has - and is prepared to use - the authority and tools necessary to reorganize, downsize and ultimately break up any financial institution that is too large and risky to be managed effectively. No bank or financial firm should be too big to manage.

My plan would strengthen the Volcker Rule by closing the loopholes that still allow banks to make speculative gambles with taxpayer-backed deposits. And I would fight to reinstate the rules governing risky credit swaps and derivatives at taxpayer-backed banks, which were repealed during last year's budget negotiations after a determined lobbying campaign by the banks.

My plan also goes beyond the biggest banks to include the whole financial sector. Some have urged the return of a Depression-era rule called Glass-Steagall, which separated traditional banking from investment banking. But many of the firms that contributed to the crash in 2008, like AIG and Lehman Brothers, weren't traditional banks, so Glass-Steagall wouldn't have limited their reckless behavior. Nor would restoring Glass-Steagall help contain other parts of the "shadow banking" sector, including certain activities of hedge funds, investment banks and other non-bank institutions. My plan would strengthen oversight of these activities, too - increasing leverage and liquidity requirements for broker-dealers and imposing strict margin requirements on the kinds of short-term borrowing that also played a major role in spurring the financial crisis. We need to tackle excessive risk wherever it lurks, not just in the banks.

Second, I would appoint tough, independent regulators and ensure that both the Securities and Exchange Commission and the Commodity Futures Trading Commission are independently funded - as other critical regulators are now - so that they can do their jobs without political interference. I would seek to impose a tax on harmful high-frequency trading, which makes markets less stable and less fair. And we need to reform stock market rules to ensure equal access to information, increase transparency and minimize conflicts of interest.

Finally, executives need to be held more accountable. No one should be too big to jail. I would seek to extend the statute of limitations for major financial crimes to 10 years from five and enhance rewards for whistle-blowers. I would work to ensure that financial firms admit wrongdoing as part of settlements in instances of egregious misconduct, and increase transparency about the terms of settlement and the fines actually paid to the government. Fines should be more than just the cost of doing business to these companies - they should be an effective disincentive for illegal behavior.

And it shouldn't just be shareholders and taxpayers who feel the pain when banks make bad decisions; executives should have skin in the game. When a firm pays a fine, I would make sure that the penalty cuts into executives' bonuses, too. And I would fight to close the carried interest loophole that gives some fund managers billions of dollars in tax breaks: They should be taxed like every other citizen.

Republicans may have decided to forget about the financial crisis that caused so much devastation - but I haven't. The proper role of Wall Street is to help Main Street grow and prosper. When our financial sector works the right way, it helps families buy their first homes, entrepreneurs start and grow small businesses and hardworking Americans save for retirement. Rather than pursuing the kind of high-stakes speculation that devastated our economy before, Wall Street should focus on building an economy that creates good-paying jobs, rising incomes and sound investments so that more families can achieve the security of a middle-class life. 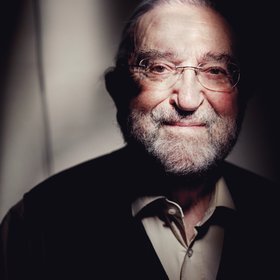 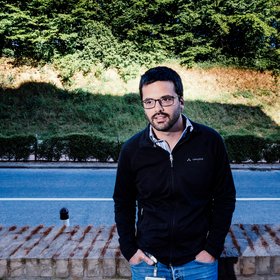