Under the Paris deal, each country put forward a proposal to curtail its greenhouse-gas emissions between now and 2030. But no major industrialized country is on track to fulfill its pledge, according to data from the Climate Action Tracker. Not the European Union. Not Canada. Not Japan. And not the United States, which under President Donald Trump is still planning to leave the Paris agreement by 2020.

Worse, even if governments do take further steps to meet their individual pledges, the world will still be on pace to warm well in excess of 2 degrees Celsius over preindustrial levels, the threshold that world leaders vowed to avoid in Paris because they deemed it unacceptably risky.

“One year after the Paris Agreement entered into force, we still find ourselves in a situation where we are not doing nearly enough to save hundreds of millions of people from a miserable future,” said Erik Solheim, head of the U.N. Environment Program.

Even before Trump’s election, the goal set by former President Barack Obama of slashing U.S. emissions 26 to 28 percent from 2005 levels by 2025 would have been difficult to hit. While emissions from the U.S. power sector are falling rapidly — as hundreds of coal-fired plants are retired in favor of cleaner natural gas, wind and solar — other sectors, like transportation and heavy industry, have proved harder to clean up.

Trump, for his part, has disavowed his predecessor’s pledge and is dismantling Obama-era regulations designed to push down emissions further, such as the Clean Power Plan. And while states like New York and California are still pursuing their own policies on renewable energy and electric vehicles, they may not prove sufficient to close the gap.

For now, analysts think the United States will fall well short of its Paris pledge. That, in turn, could make it harder for future administrations to pursue the deeper emissions cuts by mid-century needed to help keep the world below 2 degrees of global warming.

Climate Action Tracker provides a rough estimate of the cuts each country will need to make to avoid 2 degrees Celsius of warming, with wealthier nations expected to do more. How to divide the burden remains a major debate within climate talks.

The EU may fall slightly short of its promise to cut emissions 40 percent by 2030, compared with 1990 levels. While European officials have created a continentwide cap-and-trade system to curb emissions from electricity and heavy industry, that regulation leaves out sectors like transportation and agriculture.

Progress among individual European countries has been mixed: Over the past two years, Britain has been rapidly phasing out coal power, aided by a national carbon tax and cheap natural gas. But Germany is expected to miss its near-term emissions goals, as recent rapid growth in renewables has been partly offset by the closure of nuclear power plants.

Outside experts say that China crafted a Paris pledge that was relatively easy to meet: Overall emissions would peak around 2030 and the country would get 20 percent of its energy from non-fossil sources.

Several recent studies suggest that China’s emissions could peak years ahead of schedule as the country’s once-insatiable demand for energy slows (although other analysts have questioned the accuracy of China’s emissions reporting). The central government has already canceled plans for 100 coal plants and is investing heavily in cleaner sources like solar, wind and nuclear. The country also plans to sell millions of electric vehicles in the years ahead.

Yet keeping the world below 2 degrees of warming would likely require China’s coal emissions not just to flatten but to fall sharply by 2030.

Because India is still relatively poor, with 240 million of its citizens lacking access to electricity, the nation has long argued that wealthier countries should take the lead on cutting emissions.

As such, India’s pledge was less restrictive than pledges from Europe and the United States. The country vowed to install more clean energy and improve its carbon intensity — the amount of CO2 emitted per unit of gross domestic product — while still allowing total emissions to rise between now and 2030. India’s per capita emissions would likely remain below those of China or the United States.

Some recent studies have suggested that India can achieve those modest goals, as the falling cost of renewables and shifting market conditions have allowed the country to scale back its plans for new coal plants after 2022. A recent report from the U.N. Environment Program argued that India had “ample room” to strengthen its emission pledges — as would likely be necessary to help keep the world below 2 degrees of warming. But the Indian government has asked for aid from wealthier countries to do so.

What happens next in climate talks?

Negotiators are meeting in Bonn this month to discuss guidelines for making national pledges and policies more transparent, so outsiders can gauge individual countries’ progress (or lack thereof) more precisely.

In 2018, climate negotiators plan to embark on a major effort to assess the world’s progress on climate change and measure it against the 2 degree goal. Countries can then revise their individual climate pledges accordingly — and do so every five years thereafter.

Right now, many of the Paris pledges remain fairly opaque, and most nations have been vague on what specific policies they will implement to meet them. There is no official mechanism for quantifying progress. As a result, groups like Climate Action Tracker have had to make rough estimates as to whether nations are on pace to meet their pledges — and how much further each country will need to go for the world to stay below 2 degrees of global warming.

Increasing the transparency of pledges would make it easier for countries to pressure each other to do more, which is how the Paris Agreement was designed, said David Victor, a professor of international relations at the University of California, San Diego.

“Countries could come back and say, ‘Here’s what has worked, what didn’t, what our progress is and what other countries can learn,'” Victor said. “We know from other areas of international cooperation that that dynamic actually works pretty well.” 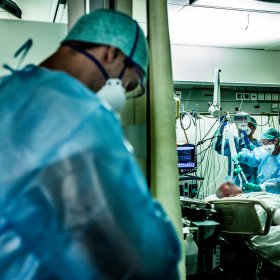