And with her opponent, Sen. Bernie Sanders of Vermont, outdrawing her in support among young women, Clinton's candidacy has turned into a generational clash, one that erupted over the weekend when two feminist icons, Madeleine Albright and Gloria Steinem, called on young women who supported Sanders to essentially grow up and get with the program.

While introducing Clinton at a rally in New Hampshire Saturday, Albright, 78, the first female secretary of state, talked about the importance of electing a woman to the country's highest office. In a dig at the "revolution" that Sanders, 74, often speaks of, she said the first female commander in chief would be a true revolution. And she scolded any woman who felt otherwise.

"We can tell our story of how we climbed the ladder, and a lot of you younger women think it's done. It's not done," Albright said of the broader fight for women's equality. "There's a special place in hell for women who don't help each other!"

Clinton, 68, laughed, slowly clapped and took a large sip of her beverage.

In an attempt to explain Clinton's struggles with female voters in New Hampshire, where the nation's first primary will be held Tuesday, Albright said during an NBC interview Saturday that women could be judgmental toward one another and that they occasionally forgot how hard someone like Clinton had to work to get where she is.

Women were expected to help power Clinton to the Democratic nomination, but as she struggles to overcome a tough challenge from Sanders and trails him in New Hampshire polls, her support among them has been surprisingly shaky. Young women, in particular, have been drawn to the septuagenarian socialist from Vermont, and the dynamic has disappointed feminists who dreamed of Clinton's election as a capstone to their long struggle for equality.

Steinem, 81, one of the most famous spokeswomen of the feminist movement, took the sentiment a step further Friday in an interview with talk show host Bill Maher. Explaining that women tend to become more active in politics as they become older, she suggested that younger women were backing Sanders just so they could meet young men.

"When you're young, you're thinking: 'Where are the boys? The boys are with Bernie,'" Steinem said.

Realizing that this was potentially offensive, Maher recoiled. "Oh. Now if I said that, 'They're for Bernie because that's where the boys are,' you'd swat me."

But Steinem laughed it off, replying, "How well do you know me?"

Albright has used a version of the line "special place in hell for women who don't help other women" in other contexts, and it has been memorialized on Starbucks coffee cups. But in the heat of a presidential campaign, many women found it startling and offensive.

In numerous remarks on social media over the weekend, female supporters of Sanders accused both women of undermining feminism.

"Shame on Gloria Steinem and Madeleine Albright for implying that we as women should be voting for a candidate based solely on gender," Zoe Trimboli, a 23-year-old from Vermont who supports Sanders and describes herself as a feminist, wrote on Facebook. "I can tell you that shaming me and essentially calling me misinformed and stupid is NOT the way to win my vote."

"In a case of talk-show Interruptus, I misspoke on the Bill Maher show recently, and apologize for what's been misinterpreted as implying young women aren't serious in their politics," she said in a post on Facebook. "Whether they gravitate to Bernie or Hillary, young women are activist and feminist in greater numbers than ever before."

To some, the apology rang hollow. "Obviously, they are desperate because Hillary's numbers are falling, so they are really pulling out the heavy artillery," said Camille Paglia, author and self-described "dissident feminist," who supports Sanders and has been critical of Steinem before.

The numbers do show signs of softness. According to a Wall Street Journal/NBC/Marist College poll of Democratic voters in New Hampshire last week, 64 percent of women under the age of 45 supported Sanders, while only 35 percent backed Clinton. By contrast, women over 45 backed Clinton by 9 percentage points.

In her 2008 campaign, Clinton played down the history-making nature of her candidacy. But this time, she brings it up regularly. The music at her rallies often rings of women's empowerment, and she frequently discusses the meaning of being a grandmother.

Marion Just, a political science professor at Wellesley College, has seen this happen to Clinton before. She was struck in 2008 by how young women on campus gravitated to Barack Obama in his hard-fought battle for the Democratic presidential nomination against Clinton, an alumna of the all-women school. Now, they are drawn to Sanders.

Just said that she respected women who looked beyond gender when choosing whom to support but that she was surprised there had not been more excitement about Clinton among younger women.

"The question, I think, is how concerned one is about having a woman elected to the presidency," Just, who has taught at Wellesley since 1970, said of young women today. "This generation has a rather optimistic worldview, which is probably not deserved by the way things have been going for women in this country."

Clinton's campaign has recruited young female celebrities like Lena Dunham, creator and star of the HBO show "Girls," and singer Demi Lovato to build a following among millennial women.

During her debate with Sanders last week, Clinton pushed back against his suggestion that she was part of the "establishment" by reminding voters that her election would be the end of a long road for women.

But even young women who would like to see a female president elected someday do not necessarily want to base their vote on that single factor.

"While the historic aspect of the first woman president is hugely powerful and important and would set a really powerful image for young boys and girls to look up to, she might not be the right first woman," said Dana Edell, executive director of SPARK Movement, a gender justice advocacy group.

That feeling was evident at a rally for Clinton in Iowa in late January, when Jaimee and Matthew Warbasse took their 7-month-old daughter to see the candidate who could make history. Women's rights were so important to them that they named their child Emmeline, after British suffragist Emmeline Pankhurst.

Still, Jaimee Warbasse said she was not sure that she would support Clinton, as she also found Sanders appealing.

"What pulls me to Hillary is that she's a woman, and a strong woman at that," she said. "But in the end, it's about who is going to beat the Republicans." 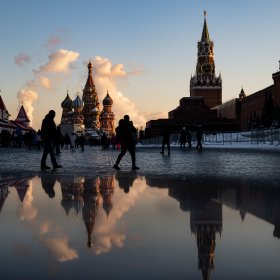