Shops were looted and burned on Ferguson"s main street. There were smoke bombs, tear gas, thrown rocks and random gunshots. In Ferguson, the aftermath of the shooting death of Michael Brown was almost as bitter and hollow as his killing itself.

Brien Redmon, 31, stood in the cold watching a burning police car and chaos after the announcement that there would be no indictments for Brown"s death at 18.

"This is not about vandalizing," he said. "This is about fighting a police organization that doesn"t care about the lives they serve."

Thomas Perry, 30, was equally bitter. "I support my people who are out there doing it," he said. "For years they've been taking from us. We don't care."

The situation seemed to worsen as the night wore on, with fires and looting mostly limited to certain areas, but seemingly on the edge of spinning out of control. Officials said firefighters and police officers had been shot at during the evening. A police officer from University City, nearby, was shot, county officials said, though it was uncertain whether the shooting was connected to the demonstrations.

Thousands of people took to the streets in cities across the country - from Los Angeles to Atlanta to New York - to protest the grand jury's decision, and in most places the demonstrations were peaceful.

In New York City, a rowdy group of hundreds of protesters made their way up Seventh Avenue through Times Square, halting traffic as police officers raced on foot to keep up. "No justice, no peace," they yelled as cars honked and tourists snapped photos from the sidewalks.

"Everybody is frustrated," said Hugh Jackson, 28, who just moved to New York from Atlanta and wore an American-flag-print bandanna over his mouth as he passed Carnegie Hall. Referring to a young black man killed a few days ago in Brooklyn, Jackson added that "you're kind of numb to it at a certain point. It's so systematic."

In South Los Angeles, a crowd of protesters chanted, "From Ferguson to L.A., these killer cops have got to pay," while about half a dozen police officers stood nearby. By 7:30 p.m., the crowd that gathered in a South Los Angeles park had dwindled to about 70 people. Chanting had given way to somber speeches.

But in Ferguson, the destruction that erupted in fits and starts after the announcement was part of a scene of seething anger, frustration and grief that ebbed and flowed all day before the announcement and after it.

About 200 people stood in the cold in front of the Ferguson Police Department, listening on radios as the St. Louis County prosecuting attorney, Robert P. McCulloch, read his statement on Monday, reality dawning that they were not going to hear what they wanted.

During McCulloch's announcement, Brown's mother, Lesley McSpadden, and stepfather, Louis Head, stepped up onto a platform where protest leaders were standing.

"Defend himself from what!", McSpadden yelled, when McCulloch spoke of Officer Darren Wilson, the officer who shot Brown, defending himself. She bowed her head and tears started streaming down her cheeks.

"Everybody wants me to be calm," she said, her eyes covered with sunglasses. "You know what them bullets did to my son!"

"They still don't care!" she yelled. "They never going to care!" McSpadden then sank her head into her husband's chest and bounced as she wept vigorously.

Head then turned and began to yell.

"Burn this down!" he repeatedly shouted, inserting an expletive. The crowd then began to roar. Some rushed toward the fence near where the police were lined up. Representatives for the family helped them down off the platform and ushered them away, through the crowd. Officers in riot helmets and shields came out. Soon came the smoke bombs, the random sounds of bullets, the chaos that was almost as predictable as the verdict everyone expected. And no in the crowd seemed quite certain how it would play out.

The scene in downtown Ferguson near the police station grew increasingly unruly after a group of protesters tried to overturn a St. Louis County police car that was parked just off the road. As the police arrived, protesters threw rocks and broke the windows of at least two police cars. The police responded with tear gas, and a strong odor of the gas permeated the frigid night air.

Nearby, the sound of glass breaking could be heard, apparently the shattering of windows of shuttered businesses. El Palenque, a Mexican restaurant near the Ferguson Police Station, had two broken windows. Gunshots could also be heard outside the station.

Protesters ran down South Florissant Road, out of sight of police, and broke windows at several businesses, including a Beauty World store that they looted. Bursts of apparent gunfire were heard repeatedly.

The looting was a remarkable change in tone after what had at first been a mostly somber response to the news that Wilson would not be charged. Officers initially stayed behind a skirmish line outside the Ferguson police station, and many demonstrators stewed peacefully in the street for roughly an hour.

But slowly, tension built and people began running north away from police. Officers did not initially pursue them, and the first widespread looting occurred at that point.

Police eventually followed, warning over a loudspeaker that anyone who did not disperse would be arrested. Cars sped off in all directions as people - peaceful protesters and looters alike - darted through the street.

Closing in, the authorities warned over a bullhorn that the assembly was no longer lawful.

There were numerous stretches of this city late Monday night where all remained calm. Stores had "I Love Ferguson" signs in the windows. The red bows and holiday lights wrapped around the light poles downtown were still perfectly intact.

But there were pockets that felt like a city under siege.

A Little Caesars Pizza shop was in flames. There were shattered windows at a UMB Bank branch. Thick smoke poured from the busted front entrance of a Walgreens pharmacy. Men stepped in but quickly stepped out, complaining that it was too difficult to see anything because of the smoke. The sound of gunfire occasionally rang out in the distance, and the acidic smell and aftertaste of tear gas filled the air. One man exited the Walgreens store and jokingly asked aloud if anyone wanted cigarettes.

At the intersection of North Florissant Road and Hereford Avenue - "Ferguson, a city since 1894," reads the sign at the corner - firefighters worked on putting out the Little Caesars blaze, but there were no police or fire officials at Walgreens. The fire inside continued to burn. Spectators drove up to the store, as did news crews. All the while, the pharmacy's high-pitched security bell echoed, the soundtrack of the evening's drama.

"Not often you get to see anarchy, huh?" one man taking pictures outside Walgreens said.

The Brown family, before and after the announcement, was talking about systemic change, not violence, but like most in the crowd, it spent the evening battling emotions, not always winning.

As day turned to night on Monday and the prosecutor's announcement got closer, the frustration and fury swelled on the streets here in the heart of Ferguson, setting the stage for an outburst that had been months in the making.

By about 5 p.m., hours before the announcement of the grand jury's decision, crowds already started gathering across from the station, their energy rising as the night went on.

A small crowd of roughly 50 protesters chanted, sang and shouted, all while watched by dozens of reporters, photographers and spectators. The protesters were a postmodern, post-Ferguson amalgam of political views, ages, ethnicities. A few men in black-and-white clergy collars stood next to a circle of young black men and women who rapped their anti-police slogans.

"No justice," a man with a bullhorn yelled.

"No peace," the crowd replied. 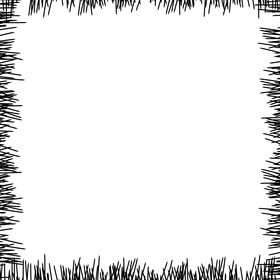