On Tuesday, Tesla reported that it had managed to increase production of a crucial new model in the first quarter of 2018, although it remained well short of the company’s already lowered target. At the same time, it encountered a new hitch — a drop in sales of its two established products, the Model S sedan and Model X sport-utility vehicle.

The company is counting on the success of the new offering, the Model 3, to increase revenue and help pare its losses as Tesla invests heavily in the vehicles it hopes to offer in the future.

But a series of setbacks have left Tesla far behind schedule in turning out the Model 3 — for which nearly 400,000 prospective buyers have already put down $1,000 deposits — and it is taking some extraordinary measures to turn things around. Musk said on Twitter this week that he had been sleeping at the plant, and the company said some workers who normally assemble the Model S and Model X were shifted to Model 3 production.

The troubles reflect a reality overlooked by many people outside the auto industry: producing a quarter of a million cars a year in one plant is a daunting task.

“You have to have a finished car rolling off the line every couple of minutes,” said Mark Wakefield, global co-head of automotive and industrial at AlixPartners, a consulting firm. “And each one has maybe 5,000 parts that come from different suppliers and have to arrive just in time, and each car is available in a couple of thousand build combinations with different colors and features. And all this has to happen at a competitive cost. There’s a lot that can trip you up.”

Even as he introduced the Model 3 at an event last summer, Musk warned that the company would find itself in “production hell” — and as those words proved prescient, he has had to repeatedly dial back his forecasts for how many Tesla could churn out.

Musk once envisioned producing as many as 500,000 cars this year, and last summer he was hoping to be able to make 20,000 Model 3s a month by December. More recently, Tesla had aimed to produce at least 2,500 Model 3s per week by the end of the first quarter.

But that is more than it managed in the entire fourth quarter, and it has produced fewer than 10,000 in the first quarter, the company said Tuesday.

There have been signs of momentum, however. In the past seven days, Tesla said, it had produced 2,020 Model 3s, a rate it said it expected to sustain in the coming week.

In a filing with the Securities and Exchange Commission, Tesla said it expected its output to “climb rapidly” through the second quarter and reach 5,000 per week in about three months. It added that it was “rapidly addressing production and supply-chain bottlenecks, including several short factory shutdowns to upgrade equipment.”

Tesla has closely guarded the details of its manufacturing system, but Musk has described it as highly automated.

With a starting price of $35,000, the Model 3 is more affordable than Tesla’s other models and a crucial part of its ambitions to become a mass-market automaker — as well as to stabilize its finances and turn a profit.

But Wakefield noted that working out bottlenecks and hitches in auto production often is not as straightforward as it could appear. For example, modifying one part to make it fit better or stronger can require other parts to be modified, or can alter the car’s driving characteristics.

“If you make a change to solve one problem, you can create five other problems,” he said. “People think you just find a problem and solve it, but it’s not like that. There are literally millions of problems that come up and require thousands of engineers, working in teams, either at the car company or the suppliers, to deal with.”

While Tesla scrambled to work out the kinks in making the Model 3 in the first quarter, deliveries of the Model S and Model X declined by 23 percent from the previous quarter — to 21,800 — even as the company reported “the most productive quarter in Tesla history.”

Tesla said it had been hurt by a shortage of battery packs for its cars, made at the plant it calls the Gigafactory, near Reno, Nevada.

Michelle Krebs, a senior analyst at Autotrader.com, said the decline in deliveries of the Model S and Model X might suggest that the allure of Tesla vehicles has somewhat faded. Electric cars make up fewer than 1 percent of all vehicles sold in the United States.

Even aside from its production struggles with the Model 3, the company has been hit by a barrage of negative news in recent weeks.

Concern has grown over the safety of Autopilot, its driver-assistance system, after a fatal crash on March 23 that occurred while the system was engaged. It was at least the third fatal crash that has taken place while a driver was using Autopilot.

On Friday, Tesla said the driver had not heeded several visual and audible warnings to put his hands on the steering wheel before his Model X hit a concrete barrier. Neither the driver nor the car appeared to activate the brakes before impact.

The company said Tuesday that it saw no need to take special measures this year to raise cash. Its shares closed up 6 percent on Tuesday after the regulatory filing, but they have still shed 23 percent of their value in barely three weeks. 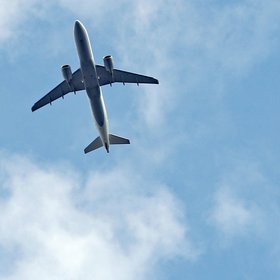 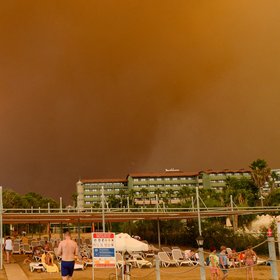