If you want to hasten to Primark for your purchases, you should think twice. A gift from discount shops like Primark is a poisoned gift; a gift that threatens our prosperity and your dignity.

Karl Marx once described religion as the opium of the people. It makes people lethargic and docile. Now that people no longer believe in a higher power they have switched to something more worldly: dumping prices. Millions of people are converted to the shoddy temples where carrier bags are filled without breaking the bank. It's not surprising that the advance of chain stores like Action Shop and Primark coincides with a period of social decline. But just like opium, that decline is strengthened by purchasing power euphoria.

For those who have never seen the inside of a discounting temple: it is overwhelming. Because almost everything glows, it's as if you are stepping into heaven. You walk past an abundance of colours like you're at an endless carnival. Heaven and carnival in one place: what a contrast with the real world. There are also irresistible promotions that call to you from the shelves: a large bag of tortilla chips for 50 cents, flip-flops for 1 euro, a dress for 6 euro, shoes for 8 euro, a swimming pool for 9 euro and something that resembles a real barbecue for 12 euro.

Cheap sells. Discount shops are shooting up like mushrooms. Their success isn't founded on a clever business plan, a great marketing strategy or high-quality products. They only have to wait for an increase in the multitude of poor Europeans. The more they have to spend on housing, insurance, medical care and transportation, the keener they are on getting as much as they can out of the remaining budget.

I understand that reflex, but actually discount stores make things more difficult for people at the lower end of society. They cause a price cascade in which jobs and quality standards are put at risk. They put even more pressure on suppliers and manufacturers in Europe. They also increase trade deficits because many goods are no longer produced by local enterprises. The cheap prices undermine our economy.

Marx would have added that a false sense of prosperity leads to indifference towards the lower classes by the general population, even though they should be fighting on the barricades. The wretches in our society should also recognise that there is something wrong with discount chains; they should consume more critically and urge their governments to take action. It is too easy to sign a petition against a major brand after a factory burns down in Bangladesh and then to fill one's cart with stuff that is produced in that kind of factory.

Our governments are also guilty. How often have we heard politicians say that this torrent of much-too-cheap goods strengthens our purchasing power? Governments are guilty of short-sighted consumption populism. Does that also mean that we can write-off industry completely if the new opium expands to other sectors like pharmaceuticals or automobiles?

The governments also made a mistake by enforcing strict standards on local manufacturers while giving importers free play. Just like there are rules for road users, sometimes rules have to be introduced to protect consumers from themselves. Governments have developed an educational system that, for 12 years, trains youngsters to become producers but doesn't teach them how to spend their income properly. The only way out of this impasse between 'more' and 'less' in the economic debate... is better.

Then there is China. It increasingly looks like China is working on a reciprocal opium war with the West. Just like western superpowers pushed the crumbling Chinese empire deeper into the pit in the nineteenth century by making its people addicted to opium, China now seems to subjugate western consumers by dumping cheap goods on our doorstep thereby keeping its own industrial overcapacity under control.

We should do China a favour by boosting our own quality standards and inevitably those of their companies. The next fight for prosperity must be about quality, creativity and allowing more people to consume and to produce in dignity. Because that is precisely what discount shops do - they lower our prices and take away our most precious possession: our dignity.

If you are considering a real gift for your family, stay away from Primark and Action Shop. Or better still: avoid discount stores completely. 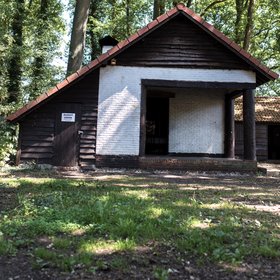