“Our system knocked the missile out of the air,” President Donald Trump said the next day from Air Force One en route to Japan, one of the 14 countries that use the system. “That’s how good we are. Nobody makes what we make, and now we’re selling it all over the world.”

But an analysis of photos and videos of the strike posted to social media suggests that story may be wrong.

Instead, evidence analyzed by a research team of missile experts appears to show the missile’s warhead flew unimpeded over Saudi defenses and nearly hit the domestic terminal of Riyadh’s airport. The warhead detonated so close that passengers jumped out of their seats.

The findings underscore long-standing doubts about missile defense technology, a centerpiece of American and allied national defense strategies, particularly against threats from Iran and North Korea. If the technology can fail against such rudimentary missiles, it is difficult to imagine it will succeed against North Korea’s increasingly advanced intercontinental missiles.

And they show that the Iranian-backed Houthis, once a ragtag group of rebels, have grown powerful enough to strike major targets in Saudi Arabia, possibly shifting the balance in a years-long war.

Saudi officials did not respond to a request for comment. Some U.S. officials cast doubt on whether the Saudis hit any part of the incoming missile, saying there was no evidence that they had. Instead, they said, the incoming missile’s body and warhead may have come apart because of its sheer speed and force.

“Governments lie about the effectiveness of these systems, or they’re misinformed,” said Jeffrey Lewis, an analyst who led the research team, which shared its findings with The New York Times. “And that should worry the hell out of us."

Shooting down Scud missiles is difficult, and governments have wrongly claimed success against them in the past.

The missile, seen in a video released by the Houthis, is believed to be a Burqan-2, a variant of the Scud missile used throughout the Middle East. It traveled about 600 miles.

Saudi and U.S. officials have accused Iran of supplying the Houthis with the missile, which Tehran denies. A recent United Nations report found evidence that the missile had been designed and manufactured by Iran, according to a Security Council diplomat. Reuters first reported the U.N. findings.

Lewis and the other analysts, based mostly at the Middlebury Institute of International Studies in Monterey, California, were skeptical about Saudi Arabia’s claim to have shot down the missile.

Governments have overstated the effectiveness of missile defenses in the past, including against Scuds. During the first Gulf War, the U.S. claimed a near-perfect record in shooting down Iraqi variants of the Scud. Subsequent analyses found that nearly all the interceptions had failed.

Did it fail in Riyadh as well? The researchers scraped social media for anything posted in that area and time frame, looking for clues.

The pattern of missile debris littering Riyadh suggests missile defenses either hit the harmless rear section of the missile or missed it entirely.

Just as the Saudis fired off missile defenses, debris began to fall in downtown Riyadh.

Video posted on social media captured one particularly large section of the Houthis’ missile, which landed in a parking lot next to the Ibn Khaldun School. Other videos show scraps that fell at a handful of other locations clustered in a roughly 500-yard area along a highway.

Saudi officials said the debris, which appears to belong to a downed Burqan-2, demonstrated a successful shootdown. But an analysis of the debris shows that the warhead components — the part of the missile that carries the explosives — were missing.

The missing warhead signaled something important to the analysts: that the missile may have evaded Saudi defenses.

The missile, in order to survive the stresses of a roughly 600-mile flight, was almost certainly designed to separate into two pieces once near its target. The tube, which propels the missile for most of its trajectory, falls away. The warhead, smaller and harder to hit, continues toward the target.

This would explain why the debris in Riyadh appears to consist only of the tube. And it suggests that the Saudis may have missed the missile, or only hit the tube after it had separated and begun to fall uselessly toward earth.

What the Saudis presented as evidence of their successful interception may also have simply been the missile ejecting its tube as intended.

A blast 12 miles away at Riyadh’s airport suggests the warhead continued unimpeded toward its target.

At around 9 p.m., about the same time debris crashed in Riyadh, a loud bang shook the domestic terminal at Riyadh’s King Khalid International Airport.

“There was an explosion at the airport,” a man said in a video taken moments after the bang. He and others rushed to the windows as emergency vehicles streamed onto the runway.

Another video, taken from the tarmac, shows the emergency vehicles at the end of the runway. Just beyond them is a plume of smoke, confirming the blast and indicating a likely point of impact.

A Houthi spokesman said the missile had been aimed at the airport.

There’s another reason the analysts think the warhead flew past the missile defenses. They located the Patriot batteries that fired on the missile and found that the warhead traveled well over the top of them.

Saudi officials have said that some debris from the intercepted missile landed at the airport. But it is difficult to imagine how one errant piece could fly 12 miles beyond the rest of the debris, or why it would detonate on impact.

Smoke and ground damage suggest the warhead struck near the airport’s domestic terminal.

Imagery of the emergency response and a plume of smoke also reveal information about the nature of the impact.

A photo of the plume taken from a different location on the tarmac appears consistent with plumes produced by similar missiles, suggesting the explosion was not an errant piece of debris or an unrelated incident.

By identifying buildings in the photo and video, Lewis’ team was able to locate the spots from which the images were taken, revealing the precise location of the plume: a few hundred yards from runway 33R, and about a kilometer, or slightly more than a half mile, from the crowded domestic terminal.

While the Houthis missed their target, Lewis said, they got close enough to show that their missiles can evade Saudi defenses. “A kilometer is a pretty normal miss rate for a Scud,” he said.

Even the Houthis may not have realized their success, Lewis said. Unless they had intelligence sources at the airport, they would have little reason to doubt official reports. “The Houthis got very close to creaming that airport,” he said.

Laura Grego, a missile expert at the Union of Concerned Scientists, expressed alarm that Saudi defense batteries had fired five times at the incoming missile.

“You shoot five times at this missile and they all miss? That’s shocking,” she said. “That’s shocking because this system is supposed to work.” 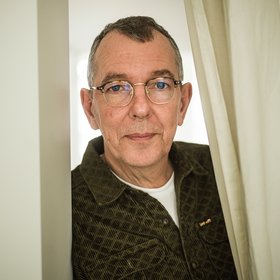