This week leaders from the Group of Seven countries will meet in Canada to discuss some of the key problems facing the world today. The agenda of the conference is guided by themes like gender equality, preparing for jobs of the future and foreign threats to our democracies.

But there is no hiding that our talks will be held in the specific political context of President Donald Trump’s recent decisions and the reactions they have provoked on both sides of the Atlantic. By which I mean the United States’ withdrawal from the Paris climate agreement and the Iran nuclear deal, and the new tariffs on steel and aluminum, including the way they were imposed and the arguments used to justify them. To me, an incurable pro-American European fanatically devoted to the idea of trans-Atlantic cooperation, these decisions are unfortunate and worrying.

The crucial question today is whether these decisions are only incidental changes to current American policy (to which, of course, every president is entitled) or the beginning of a new strategic trend. Simply put: Are they merely seasonal turbulences or rather the first symptoms of the breakup of the Western political community, which the G-7 represents and informally leads? It’s inevitable that this will be on everyone’s mind at the conference, given the signals that Washington may not be interested in reconfirming our shared commitment to the rules-based international order as one of the main aims of our group. This is no laughing matter. The alternative to order is disorder.

When I hosted Vice President Mike Pence and, subsequently, President Trump in Brussels last year, I expressed my belief that it is in the West’s interest to maintain a rules-based international order in which brute force and egoism do not determine everything. That rules-based order can be enforced only by a common, mutually supportive and decisive policy of the whole Western community. For millions of people worldwide, the West’s predictability and stability guarantee or, at the very least, offer hope that chaos, violence and arrogance will not triumph. Whoever wants to demolish this order must know that we will stay united in its defense. I will make this case to the other participants of the G-7 conference. After all, our community cannot be blown apart by aluminum tariffs.

The essence of cooperation within the G-7 is the de facto protection of the free world against those who disrespect our shared fundamental values: freedom and dignity of the individual, equal rights for people and nations, and fair rules. This is what led us to exclude Russia from our group after its attack on Ukraine. The effectiveness of our action has always been directly proportional to our solidarity. It will be worth bearing this in mind when we meet in Canada and discuss foreign threats to our democracies. But even more important will be the spirit of our debate and, I hope, our shared belief that only united are we capable of protecting the free world.

As I’ve thought about these issues, I’ve reflected on my own journey. Some 30 years ago, together with Lech Walesa and other Solidarity activists, I welcomed American presidents in the Gdansk shipyard to celebrate the fall of communism in Poland. When I was Poland’s prime minister, from 2007 to 2014, I traveled to Iraq and Afghanistan to meet American and Polish soldiers. And just a few days ago, with family and friends, I visited American cemeteries and Omaha Beach in Normandy, France. It is in such places that my mind and heart both tell me that there is no good alternative to trans-Atlantic unity. Some people will accuse me of sentimentalism. No, I will respond, this is an awareness of history and common sense.

Still, it’s clear that something may have changed. As I said a few weeks ago, Europe should, in a way, be grateful to President Trump. His decisions have made us realize that we need to depend on one another. Europe must now do everything in its power to protect the trans-Atlantic bond, in spite of today’s mood. But at the same time we must be prepared for scenarios in which we will have to act on our own. To do this, we will need more political unity and determination.

I don’t intend to lay the blame for the crisis in United States-European relations on one side only. Indeed, skeptics, and even opponents of the strong bond between us persist on both our continents. This is nothing new. But even so, we cannot underestimate the threat: There are people in Europe who seek closer ties with Russia and China, as an alternative to the existing order. Let’s not supply them with new arguments — they have gained enough of them in the past months. These people seem to forget that the world is a better place thanks to all those — Americans and Europeans alike — for whom politics wasn’t and isn’t just a game of interests and a brutal test of strength, and who sacrificed a great deal to preserve our values. 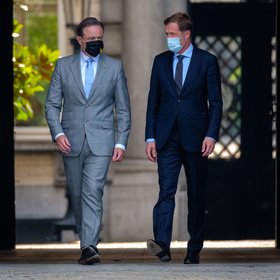 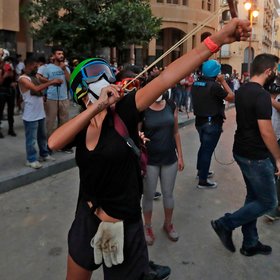