The second consecutive quarterly fall in gross domestic product could upend Japan's political landscape. Abe is considering dissolving Parliament and calling fresh elections, people close to him say, and Monday's economic report is seen as critical to his decision, which is widely expected to come this week.

The downturn has been blamed on rising sales taxes that have hurt consumer spending, and with Japan having now slipped into a technical recession, the chances that Abe will seek a new mandate from voters to alter the government's tax program appear to have increased significantly.

At a meeting of Group of 20 leaders in Brisbane, Australia, on Sunday, Abe said, "Raising the consumption tax is supposed to increase government revenues, but if we fall back into deflation it will all be for nothing."

Akira Amari, Abe's economy minister, said after the economic report Monday that rising taxes were having "a larger impact than expected, given that Japan's deflationary mindset has not yet been cleared away."

The preliminary economic report, issued by the Cabinet Office, showed that gross domestic product fell at an annualized pace of 1.6 percent in the quarter through September.

That added to the previous quarter's much larger decline, which the government now puts at 7.3 percent, a slightly worse figure than in its last estimate of 7.1 percent.

Japan's still half-completed sales-tax increase, an all-consuming political issue here, has also become a target of concern for leaders in the United States. Last week Treasury Secretary Jacob J. Lew urged Japanese and European policymakers to do more to stimulate their economies. "If things are really bad in Europe and Japan, if there's a real slowdown in China, that's a headwind in the United States that we don't need," Lew said.

The surprise Japanese recession underscores the difficulties faced by Abe, who won power two years ago on a pledge to reinvigorate the economy and end his country's long era of wage and consumer-price declines. His agenda has focused largely on stimulus measures, in particular a vastly expanded program of government bond purchases by the central bank. Yet its impact, economists say, has been dulled by the tax increase, which was approved under a previous government.

The tax plan was intended to curb Japan's immense government debt, which at about 2 1/2 years' national economic output is the largest in the developed world. But there are concerns that after years of sluggish wage growth, consumer confidence is still too weak handle the increase. Instead of solving the debt problem, heavier taxes could simply push the economy back into a downward slide.

The economy's weakening after the first step in the planned two-stage tax increase, which was implemented in April, was already longer and more severe than government and many outside experts had anticipated. After the sharp slowdown in the second quarter, institutions including the International Monetary Fund and the Bank of Japan cut their estimates for economic growth this year and next. The central bank, its goal of reaching 2 percent stable inflation looking increasingly out of reach, was prompted late last month to expand its bond-buying program further.

Although the second part of the tax increase would not be carried out until October, Abe needs to decide what to do about it soon, to give Parliament time to change the relevant legislation if he opts to cancel or postpone it. If fully enacted, the plan would double the tax on all goods and services sold in the country, to 10 percent, over 18 months. It now stands at 8 percent after the first rise in April.

The data reported Monday confounded analyst forecasts, which were mostly more optimistic. Economists surveyed by news agencies and research groups had been forecasting annual growth of slightly more than 2 percent on average. The report showed weakness in many important areas of the economy. Consumer spending barely picked up from its depressed level after the first tax increase in April, while indicators of housing and business investment declined.

Companies also reduced inventories of finished goods more aggressively than anticipated. That hurt growth but could help the economy rebound later on, since businesses would have to produce more to meet any increase in demand.

The Nikkei 225 stock average was down more than 2 percent in morning trading here, and the yen weakened against the dollar.

Abe has not said how much the economy would have needed to grow to give him the confidence to raise taxes again, but one of his economic advisers, Etsuro Honda, has argued that the minimum number needed to be close to 4 percent - higher even than the forecasts and far better than the surprising negative result.

Abenomics is now in a particularly delicate phase. Consumer prices are rising, if not yet as strongly as hoped, as are corporate profits and the value of assets like stocks and property. But so far not much of the new wealth has reached average workers. Incomes have fallen behind the rising cost of living, in effect making people poorer. Another of Abe's advisers, Kozo Yamamoto, a lawmaker in his ruling Liberal Democratic Party, says the second tax rise needs to be put off "until wages catch up" to prices.

Abe does not technically need to call an election to modify the tax plan, since his party is in firm control of both houses of the national legislature, the Diet. Even the existing tax legislation gives him some scope for review if he judges that the economy is struggling, and with a parliamentary majority the LDP and its smaller coalition partner, New Komeito, could rewrite the law as they wanted.

Experts said Abe might wish to seek a broader mandate for such a controversial issue, however. "The Cabinet will rationally dissolve the Lower House with an aim to seek the public support for the postponement," analysts at Credit Suisse wrote in a note to clients. "PM Abe may decide on dissolving the Lower House by the end of this week."

Parliament's term lasts until mid-2016, making any election a year and a half sooner than legally necessary. Some political commentators have suggested the tax issue is a convenient pretext for Abe to seek a fresh term while he has political advantage on his side. Opposition parties are weak and disorganized, and although his once-sky-high poll ratings have slipped, he remains relatively popular, with public support of around 50 percent.

A majority of voters say they would like to see the tax increase scrapped, and the conventional wisdom is that the LDP would easily win a snap election, particularly if its campaign were based on changing course on the tax. 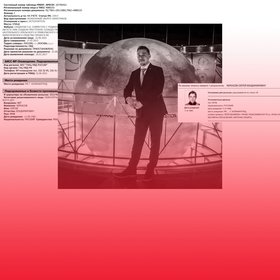