When I spoke here last winter, this nation was facing the worst economic crisis since the Great Depression. We were losing an average of 700,000 jobs per month. Credit was frozen.
And our financial system was on the verge of collapse. As any American who is still looking for work or a way to pay their bills will tell you, we are by no means out of the woods. A full and vibrant recovery is many months away. And I will not let up until those Americans who seek jobs can find them; until those businesses that seek capital and credit can thrive; until all responsible homeowners can stay in their homes. That is our ultimate goal. But thanks to the bold and decisive action we have taken since January, I can stand here with confidence and say that we have pulled this economy back from the brink.

I want to thank the members of this body for your efforts and your support in these last several months, and especially those who have taken the difficult votes that have put us on a path to recovery. I also want to thank the American people for their patience and resolve during this trying time for our nation.

But we did not come here just to clean up crises. We came to build a future. So tonight, I return to speak to all of you about an issue that is central to that future and that is the issue of health care.
I am not the first President to take up this cause, but I am determined to be the last. It has now been nearly a century since Theodore Roosevelt first called for health care reform. And ever since, nearly every President and Congress, whether Democrat or Republican, has attempted to meet this challenge in some way. A bill for comprehensive health reform was first introduced by John Dingell Sr. in 1943. Sixty-five years later, his son continues to introduce that same bill at the beginning of each session.

Our collective failure to meet this challenge year after year, decade after decade has led us to a breaking point. Everyone understands the extraordinary hardships that are placed on the uninsured, who live every day just one accident or illness away from bankruptcy. These are not primarily people on welfare. These are middle-class Americans. Some can't get insurance on the job. Others are self-employed, and can't afford it, since buying insurance on your own costs you three times as much as the coverage you get from your employer. Many other Americans who are willing and able to pay are still denied insurance due to previous illnesses or conditions that insurance companies decide are too risky or expensive to cover.
We are the only advanced democracy on Earth the only wealthy nation that allows such hardships for millions of its people. There are now more than thirty million American citizens who cannot get coverage. In just a two year period, one in every three Americans goes without health care coverage at some point. And every day, 14,000 Americans lose their coverage. In other words, it can happen to anyone.

But the problem that plagues the health care system is not just a problem of the uninsured. Those who do have insurance have never had less security and stability than they do today. More and more Americans worry that if you move, lose your job, or change your job, you'll lose your health insurance too. More and more Americans pay their premiums, only to discover that their insurance company has dropped their coverage when they get sick, or won't pay the full cost of care. It happens every day.

One man from Illinois lost his coverage in the middle of chemotherapy because his insurer found that he hadn't reported gallstones that he didn't even know about. They delayed his treatment, and he died because of it. Another woman from Texas was about to get a double mastectomy when her insurance company canceled her policy because she forgot to declare a case of acne. By the time she had her insurance reinstated, her breast cancer more than doubled in size. That is heart-breaking, it is wrong, and no one should be treated that way in the United States of America.

Then there's the problem of rising costs. We spend one-and-a-half times more per person on health care than any other country, but we aren't any healthier for it. This is one of the reasons that insurance premiums have gone up three times faster than wages. It's why so many employers especially small businesses are forcing their employees to pay more for insurance, or are dropping their coverage entirely. It's why so many aspiring entrepreneurs cannot afford to open a business in the first place, and why American businesses that compete internationally like our automakers are at a huge disadvantage. And it's why those of us with health insurance are also paying a hidden and growing tax for those without it about $1000 per year that pays for somebody else's emergency room and charitable care.

Finally, our health care system is placing an unsustainable burden on taxpayers. When health care costs grow at the rate they have, it puts greater pressure on programs like Medicare and Medicaid. If we do nothing to slow these skyrocketing costs, we will eventually be spending more on Medicare and Medicaid than every other government program combined. Put simply, our health care problem is our deficit problem. Nothing else even comes close.
These are the facts. Nobody disputes them. We know we must reform this system. The question is how.

There are those on the left who believe that the only way to fix the system is through a single-payer system like Canada's, where we would severely restrict the private insurance market and have the government provide coverage for everyone. On the right, there are those who argue that we should end the employer-based system and leave individuals to buy health insurance on their own.

I have to say that there are arguments to be made for both approaches. But either one would represent a radical shift that would disrupt the health care most people currently have. Since health care represents one-sixth of our economy, I believe it makes more sense to build on what works and fix what doesn't, rather than try to build an entirely new system from scratch. And that is precisely what those of you in Congress have tried to do over the past several months. 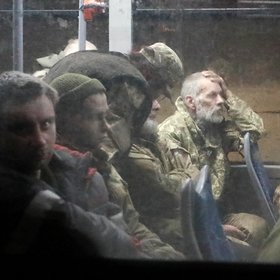