Over banen
Obama: 'Are we going to double down on the top-down economic policies that helped to get us into this mess, or do we embrace a new economic patriotism that says, America does best when the middle class does best?'

Romney: 'I'm concerned that the path that we're on has just been unsuccessful. (...) ..that a bigger government, spending more, taxing more, regulating more - would work. That's not the right answer for America.

Over de economie
Romney: 'I'm not going to reduce the share of taxes paid by high- income people. High-income people are doing just fine in this economy. They'll do fine whether you're president or I am. The people who are having the hard time right now are middle- income Americans.'

Romney: 'Look, I got five boys. I'm used to people saying something that's not always true, but just keep on repeating it and ultimately hoping I'll believe it - (scattered laughter) - but that - that is not the case, all right? I will not reduce the taxes paid by high-income Americans.'

Obama: 'Now, we all know that we've got to do more. And so I've put forward a specific $4 trillion deficit-reduction plan. It's on a website.'

Romney: 'You never balance the budget by raising taxes.'

Over de zorg:
Romney: 'I just don't know how the president could have come into office, facing 23 million people out of work, rising unemployment, an economic crisis at the - at the kitchen table and spent his energy and passion for two years fighting for "Obamacare" instead of fighting for jobs for the American people.'

Obama: 'Well, four years ago when I was running for office I was traveling around and having those same conversations that Governor Romney talks about. (...) But it was families who were worried about going bankrupt if they got sick - millions of families, all across the country.'

Over onderwijs
Obama: 'Governor Romney, I genuinely believe, cares about education. But when he tells a student that, you know, you should borrow money from your parents to go to college, you know, that indicates the degree to which, you know, there may not be as much of a focus on the fact that folks like myself, folks like Michelle, kids probably who attend University of Denver just don't have that option.'

Romney: 'Mr. President, you're entitled, as the president, to your own airplane and to your own house, but not to your own facts - (laughter) - all right? I'm - I'm not going to cut education funding.'

Over leiderschap
Romney: 'But we need to have leadership - leadership in Washington that will actually bring people together and get the job done and could not care less if it's a Republican or a Democrat. I've done it before. I'll do it again.'

Obama: 'Well, first of all, I think Governor Romney's going to have a busy first day, because he's also going to repeal "Obamacare," which will not be very popular among Democrats as you're sitting down with them.'

Slotpleidooi Obama
'You know, four years ago I said that I'm not a perfect man and I wouldn't be a perfect president. And that's probably a promise that Governor Romney thinks I've kept. But I also promised that I'd fight every single day on behalf of the American people and the middle class and all those who are striving to get in the middle class. I've kept that promise and if you'll vote for me, then I promise I'll fight just as hard in a second term.'

Slotpleidooi Romney
'There's no question in my mind that if the president were to be re-elected you'll continue to see a middle-class squeeze with incomes going down and prices going up. I'll get incomes up again. You'll see chronic unemployment. We've had 43 straight months with unemployment above 8 percent. If I'm president, I will create - help create 12 million new jobs in this country with rising incomes.' 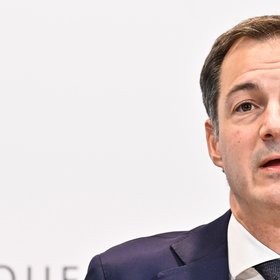 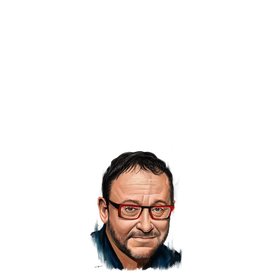