Carr collapsed in The Times newsroom, where he was found shortly before 9 p.m. He was taken to St. Luke's-Roosevelt Hospital, where he was pronounced dead.

Earlier in the evening, he moderated a panel discussion about the film "Citizenfour" with its principal subject, Edward Snowden, the film's director, Laura Poitras, and Glenn Greenwald, a journalist.

Carr wrote about cultural subjects for The Times; he initiated the feature known as The Carpetbagger, a regular report on the news and nonsense from the red carpet during awards season. He championed offbeat movies like "Juno," with Ellen Page, and he interviewed stars both enduring and evanescent - Woody Harrelson, Neil Young, Michael Cera.

More recently, however, he was best known for The Media Equation, a Monday column in The Times that analyzed news and developments in publishing, television, social media - for which he was an early evangelist - and other communications platforms. His plain-spoken style was sometimes blunt, and he was searingly honest about himself. The effect was both folksy and sophisticated, a voice from a shrewd and well-informed skeptic.

"We want our anchors to be both good at reading the news and also pretending to be in the middle of it," he wrote on Monday in the wake of revelations that NBC anchor Brian Williams had lied about being in a helicopter under fire in Iraq in 2003.

"That's why, when the forces of man, or Mother Nature, whip up chaos, both broadcast and cable news outlets are compelled to ship the whole heaving apparatus to far-flung parts of the globe, with an anchor as the flag bearer. We want our anchors to be everywhere, to be impossibly famous, globe-trotting, hilarious, down-to-earth, and above all, trustworthy. It's a job description that no one can match."

In a statement, Arthur Ochs Sulzberger Jr., The Times' publisher and chairman, said: "David Carr was one of the most gifted journalists who has ever worked at The New York Times.

"He combined formidable talent as a reporter with acute judgment to become an indispensable guide to modern media. But his friends at The Times and beyond will remember him as a unique human being - full of life and energy, funny, loyal and lovable. An irreplaceable talent, he will be missed by everyone who works for The Times and everyone who reads it."

Carr, he wrote "was the finest media reporter of his generation, a remarkable and funny man who was one of the leaders of our newsroom."

Baquet added: "He was our biggest champion, and his unending passion for journalism and for truth will be missed by his family at The Times, by his readers around the world, and by people who love journalism."

Carr's rise to a prominent position at The Times is all the more remarkable for the depths from which he rose.

As he chronicled in his 2008 memoir, "The Night of the Gun," by the late 1980s, he was addicted to crack cocaine and living with a woman who was both a drug dealer and the mother of his twin daughters, and one night shortly after the girls were born he left them in a car while he went into a house to score some coke from a dealer named Kenny.

"Kenny's lip-licking coke rap was more ornate, somehow more satisfying, than that of most of the dealers I worked with," Carr wrote as part of a horrifying confession. "His worldview was all black helicopters and white noise - the whispering, unseen others who would one day come for us. It kept me on my toes.

"But tonight I had company. I certainly couldn't bring the twins in. Even in the gang I ran with, coming through the doors of the dope house swinging two occupied baby buckets was not done. Sitting there in the gloom of the front seat, the car making settling noises against the chill, I decided that my teeny twin girls would be safe, that God would look after them while I did not."

That, evidently, was the bottom. A few months later, Carr was in a treatment program, and by 2008 he could look back and write: "Today I am a genuine, often pleasant person, I do solid work for a reputable organization and have, over the breadth of time, proved to be an attentive father and husband."

Carr, who joined The Times in 2002 as a business reporter covering magazine publishing, quickly became one of the paper's more distinctive bylines.

A cancer survivor with a throaty croak of a speaking voice and a storklike posture, he was a curmudgeonly personality whose intellectual cockiness and unwillingness to suffer fools found their way into his prose. Carr became the embodiment of The Times as the surprise scene stealer of a 2011 documentary about the paper, "Page One: Inside The New York Times," in which Carr is seen not only reporting stories but defending the honor of the paper against offhand insults.

"The moviemakers must have felt that they had found their Jimmy Breslin or their Hildy Johnson (the real and fictional archetypes of the crusty, hard-living journalist) when they found him," Michael Kinsley wrote in reviewing the film (not terribly favorably) for The Times. "Mr. Carr is widely admired for his reporting, his intelligence and his Tough Old Coot routine."

David Michael Carr was born Sept. 8, 1956, in Minneapolis, and grew up just outside the city in Hopkins, Minnesota. His father, John, owned men's clothing stores, and his mother, Joan, was a schoolteacher.

He graduated from the University of Minnesota, where he majored in psychology and journalism. He worked for an alternative weekly, the Twin Cities Reader, and later, the Washington City Paper, before moving to New York. He wrote about media for a website, Inside.com, and before joining The Times was a contributing writer for publications including The Atlantic Monthly and New York magazine.

"I now inhabit a life I don't deserve," Carr wrote at the conclusion of 'The Night of the Gun', "but we all walk this earth feeling we are frauds. The trick is to be grateful and hope the caper doesn't end any time soon." 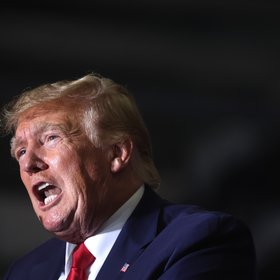 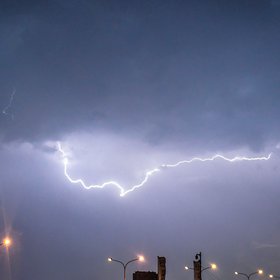