“Delta is the Atlanta international airport, and our airport is, you know, the fuel that generates our commercial community,” said Sam Massell, the city’s former mayor.

But prestige, boosterism and corporate coddling — all cherished concepts in Georgia — took a back seat this week to the national debate over gun control. In the wake of the Florida school shooting, the airline announced it was ending a promotional discount with the National Rifle Association, and suddenly found itself in the rare position of being openly dressed down — and potentially punished — by Republicans who control the statehouse.

Lt. Gov. Casey Cagle of Georgia, a Republican who presides over the state Senate and has received an A-plus grade from the NRA, joined other conservative lawmakers this week in threatening to remove a $50 million sales tax exemption on jet fuel that some hoped would encourage Delta to open even more routes — and help Atlanta attract even more national and international companies.

The conservative backlash highlighted the challenge confronting corporations around the country that are struggling to cater to both ends of America’s increasingly distant political and cultural poles.

As pressure from social media and advocacy groups has intensified, and calls for boycotts mount, more than a dozen companies have severed business ties with the NRA since the massacre in Parkland, Florida. Just as quickly, a counteroffensive arose from gun supporters excoriating the companies for their stance, forcing business leaders to navigate the treacherous ground where social responsibility, ideology and financial impact converge.

Delta did not respond Tuesday to Cagle’s threat or amplify its stance regarding the NRA. In a statement over the weekend, the company said its decision to stop offering discounted fares to the NRA “reflects the airline’s neutral status in the current national debate over gun control amid recent school shootings.”

As of Tuesday afternoon, the jet-fuel tax break, while opposed by Cagle and some other conservative Republicans, had not yet been stripped out of a broader Senate tax bill.

Delta chose to end special discounts, but FedEx took a different approach, one that highlighted the delicate balancing act. In a statement Monday, FedEx said it disagreed with the NRA’s stance on civilian access to assault rifles but would continue to offer discounts of up to 26 percent to the group’s members.

“We are very clear that, when we set pricing strategy or look to adjust pricing, it is not based on political positions or points of view,” Patrick Fitzgerald, the company’s senior vice president, integrated marketing and communications, said in an interview Tuesday. “But we do have a very clear corporate position in terms of gun safety and school safety.”

In Georgia, the debate has been surprisingly fiery, even in a state long defined by tensions between the liberal metropolis and conservative countryside, and between the values of global corporate culture and those of Southern Republicans.

“Corporations cannot attack conservatives and expect us not to fight back,” Cagle, a leading candidate for governor, wrote in a tweet Monday, in which he announced that he would “kill any tax legislation” that benefited Delta unless it changed its position.

State Sen. Josh McKoon said in an interview Tuesday that he was put off by Delta’s assertion that it was trying to remain neutral on the guns issue, when it had taken positions on other social topics in the past.

“It just came off as very disingenuous,” McKoon said of Delta’s statement.

Referring to Cagle’s pushback, McKoon said, “I think he captured the sentiment and the feeling of a lot of Georgians,” who, he said, were frustrated “with Delta weighing in on an issue that has nothing to do with the topic of transportation, for sure.”

But Massell, the former mayor who is president of the Buckhead Coalition, an influential Atlanta business and civic group, called the entire debate “embarrassing.” He said that he feared the threat against Delta would scare away Amazon, the online retail giant that has listed Atlanta among the finalists for its second headquarters.

“I don’t believe in blackmail, and I’m sorry to use such a dirty word, but that’s almost what it tastes like,” said Massell, a Democrat who served as mayor from 1970 to 1974. “That’s terrible. That’s not Georgia’s image. That’s backwoods stuff that doesn’t belong at all.”

The story of Delta and the story of Atlanta have been deeply intertwined for decades. The company was founded in Louisiana in the 1920s; it focused, in the earliest days, on crop dusting, in an effort to end the boll weevil infestation that had ruined many Southern cotton crops. The company moved to Atlanta in 1941.

In subsequent decades, the city, which was founded as a railroad hub, invested heavily in its airport, and pushed a message that it was more socially tolerant than other Southern cities like Birmingham, Alabama. It was a winning combination. Today, Hartsfield-Jackson Atlanta International Airport is the busiest in the world, and Delta employs more than 33,000 Georgia residents.

Its current problem with the legislature has prompted leaders in other states to woo Delta via Twitter. “You know, in mathematics, Delta represents the change in something,” wrote Randall Woodfin, the mayor of Birmingham. He added, “Let’s chat.”

Michael Gordon, a professor at the University of Michigan’s Ross School of Business and faculty director of the Center for Social Impact, said in an interview that “Delta has every right to tell legislators, ‘We’re not of a mind to do your bidding.’ They could easily pack their bags and move away from Atlanta and go to Dallas.”

But it seemed unlikely that the airline would move. In 2016, the company signed an airport lease with the city that would keep its headquarters in Atlanta through 2036.

“Atlanta and Georgia and the business community usually try to work together and Delta is a huge employer in this state,” said another former Atlanta mayor, Shirley Franklin. “So the relationship is damaged, if nothing else.”

A broader concern, shared by some liberals, conservatives and members of the Georgia business community, is that gun control may now join other hot-button cultural topics that may damage the state’s reputation among national and global corporations that do not adhere to the same conservative Southern values as the state legislature.

In the last few years, the legislature has taken up a number of prominent bills that critics say would allow for discrimination against lesbian, gay, bisexual and transgender people. Gov. Nathan Deal vetoed one of them, a so-called religious liberty bill, in 2016, after some of the state’s most prestigious and powerful companies — including Delta, Home Depot and Coca-Cola — openly opposed the measure.

Deal, a Republican, will soon leave office because of term limits. Cagle, a leading candidate to replace him, is among a number of Republican hopefuls who say they will continue to support the legislation, which would have strengthened legal protection for opponents of same-sex marriage. 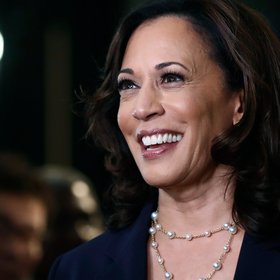 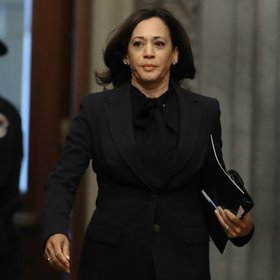