But now Palmyra, Syria - whose rich, monumental ruins include the Temple of Ba'al; an ancient theater; and a famous 2,000-year-old colonnade that is already scarred by mortar fire - is threatened by the arrival of Islamic State militants.

Government officials and preservationists around the world have expressed grave concern about protecting the temples and artifacts already eroded by years of war. But experts and local residents in areas overrun by the Islamic State have seen that, even though they might be able to document damage, try to safeguard ruins with sandbags or cart away artifacts as they flee, these are limited protections, if any.

"I am deeply concerned by the situation at the site of Palmyra," Irina Bokova, director-general of UNESCO, the United Nations agency that works to protect historic places, said in a statement Wednesday. The network of ruins, she added, forms "one of the most significant sites in the Middle East."

The Romans took control Palmyra in the middle of the first century, and the power of the place today is partly the unique mix of cultural influences, and the scale and setting of the ruins.

"It almost approaches an out-of-body experience when you go there," said Nathanael J. Andrade, assistant professor of history at the University of Oregon and author of "Syrian Identity in the Greco-Roman World," who visited in 2010. "The site is overwhelming no matter how much you prepare yourself in advance."

Bonnie Burnham, the president and chief executive of World Monuments Fund, said the rediscovery of the city in the 17th and 18th centuries had a huge influence on the rise of neo-classicism.

"It is an iconic monument that has had enormous impact on the modern world as a legacy of the classical world in its heyday," she said.

Syrian officials said they had tried to minimize the destruction by moving many works to safe locations as the militants advanced.

"Hundreds and hundreds of statues we were worried would be smashed and sold are all now in safe places," Maamoun Abdulkarim, the country's antiquities chief, told Reuters, adding that the city's museum and large monuments obviously could not be transported.

"This is the entire world's battle," he said.

The Islamic State has already ransacked important cultural sites, such as the Mosul Museum in Iraq, and destroyed parts of ancient cities like Nimrud and Hatra there.

The militants said they destroyed these rich treasures because they represented idolatry, although they are also thought to have carted off many smaller items as part of a lucrative antiquities smuggling trade that underwrites their efforts.

"Palmyra has produced some amazing artifacts that will automatically get very high prices on the international market," said Amr Al Azm, the chairman of the Syrian Heritage Task Force, a consortium of cultural organizations. "You're dealing here with a major, major looting resource."

Long before the arrival of the Islamic State, Palmyra's tombs suffered at the hands of grave robbers.

Hundreds of smuggled Syrian antiquities have been intercepted in Beirut, including dozens from Palmyra, and leading auction houses, like Sotheby's, are cooperating to increase vigilance. 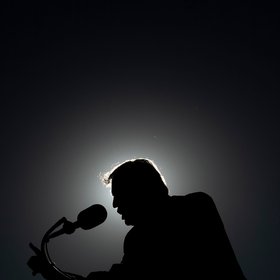 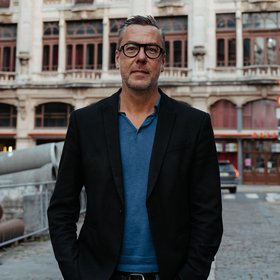