The Bushes were married for 73 years — they were allies, confidantes and the anchors of a political dynasty. On Tuesday, speculation swirled that Barbara Bush’s death must have sent him into a downward medical spiral.

Failing health that accompanies grieving, especially the loss of a spouse, has been reported by some medical researchers. But if the link exists at all — and many experts believe it does not — it seems to be quite rare.

The idea “appeals to our romanticism,” said Donald Berry, a statistician at MD Anderson Cancer Center in Houston.

“The phenomenon is due largely to selective memory,” he added. “We all know examples where husband and wife die within a week of each other. They stick in our minds — we remember them.”

George Bush reportedly had an infection that flared dangerously, and he is quite frail, Berry and other experts noted. Any number of factors could have contributed to his hospitalization.

That is not to say that deep grief on rare occasions cannot send the body into free fall. The best known of these reactions, and a model for understanding them, is what is aptly called broken-heart syndrome.

Japanese doctors were the first to describe the reaction in detail, and their name for it was even more evocative: Takotsubo syndrome, after the Japanese term for “octopus trap.” On scans of the grief-stricken, the heart may look as if it being squeezed from below, its upper chambers swelling as if straining to break free.

The sudden loss of a spouse, child or parent “releases an outpouring from sympathetic nervous system, the fight-or-flight response, which is what seems to damage the heart in broken-heart syndrome,” said Dr. Anne Curtis, chairwoman of medicine at the University at Buffalo.

“The heart rate goes up sharply, blood pressure goes up,” she said. “This is why people can also have a stroke in situations like this.”

The octopus trap can ensnare any heart, healthy or not, young or old. The flash-flood of stress hormones causes a temporary weakening of the heart muscle itself. The rush may also precipitate a classic heart attack, in which a clot blocks blood flow, or an arrhythmia, in which the heart revs wildly. The latter two consequences are more rare than the first, and deadlier.

Curtis estimated that about 1 percent of perceived heart attacks are due to broken-heart syndrome or similar surges of stressful emotion. “We tell people that many will return to normal or near-normal heart function,” she said.

In the first major American study of the phenomenon, doctors at Johns Hopkins University School of Medicine studied 18 women and one man who landed in coronary care with chest pains and no classic signs of cardiac arrest after traumatic events, including the death of a spouse. Most were middle-aged and older, but two were young adults. All 19 survived.

Since that research appeared, thousands of cases have been reported. About 90 percent of them are middle-aged women or older, said Dr. Ilan Wittstein, who led the original study.

One possible reason is that levels of estrogen, which protects smaller vessels in the heart, drop with age. “Still, 10 percent are men, so this is something that can happen to anyone,” Wittstein said.

If what felled Bush was a worsening infection, as reported, then a tide of grief in theory could have worsened his condition. Studies have linked elevated levels of cortisol, a stress hormone, to increased risk of contracting flu, colds and other sicknesses.

“A lot of things happen when people are overcome with sadness — neuroendocrine changes, which include an increase in cortisol levels, can suppress immune response,” Wittstein said.

Yet tracing a straight line between the death of a spouse and the subsequent physical decline of a survivor is no easy task. Cause and effect are difficult to prove.

That ailing spouses in their early 90s might die within a short time of each other is quite possible even if there were no such thing as broken-heart syndrome, simply because of their age and health, Bradley Efron, a statistician at Stanford University, said in an email.

And signs of a broken-heart syndrome rarely have been documented in large groups of people. In a study in the Journal of the American Medical Association, researchers reviewed 30,447 people ages 60-89 in Britain whose partners had died. The subjects were compared with 83,588 people of the same ages whose partners had not died.

Those who were bereaved had a greater risk of a coronary event in the month after their partners died. But the increase in risk was tiny: Fifty in the bereaved group (0.16 percent) had a heart attack or stroke, compared with 67 (0.08 percent) in the comparison group.

Still, the rare examples capture our attention, as Berry noted.

Actress Debbie Reynolds died one day after her beloved daughter Carrie Fisher. Quarterback Doug Flutie’s parents died on the same day, both of heart attacks. Johnny and June Cash died within months of each other, after a long marriage.

Somehow we lose sight of the norm. As Brian Skyrms, a professor of philosophy of science and economics at the University of California, Irvine, noted: “Nursing homes are full of surviving spouses.” 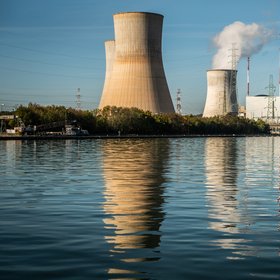 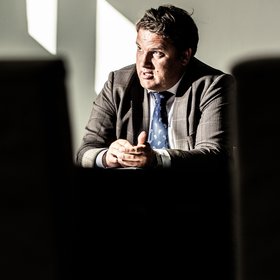