FAIRFAX, Va. - When Pat Rosend received a "Vote" flier from Democrats, she stuck it on her refrigerator door. Her husband, Dave, who has always voted Republican, drew an "X" over the Democratic congressman depicted on the flier with President Obama.

Yet Mr. Rosend says he remains "on the fence" about whether he will vote for Mitt Romney - and cancel out his wife's strong support for Mr. Obama. The Rosends illustrate a little-scrutinized variable of the campaign's results: the influence that spouses can have on each other's voting decisions.

In a skintight presidential race, pillow talk and kitchen-table discussions could make a difference to each party's bid to close its gender gap in battlegrounds like Colorado, Ohio and Virginia. In last week's New York Times/CBS News poll - a dead heat among likely voters with 48 percent for Mr. Obama and 47 percent for Mr. Romney - the Republican challenger had support from 51 percent of men but just 44 percent of women, while the Democratic incumbent held the backing of 52 percent of women but just 44 percent of men.

As those still undecided make up their minds, "conversations people have with their spouses will be at least as important as all the TV ads people are seeing," said Geoff Garin, a pollster for Democrats.

Those who have studied political dynamics within households say that roughly three-fourths of married couples vote the same way. But couples who disagree, said Paul Allen Beck, a political scientist at Ohio State University, usually make at least a cursory attempt to resolve their differences. It is a factor both parties take into account in their data-driven process of identifying and mobilizing supporters.

Obama campaign organizers consider the political orientation of a spouse among the characteristics most predictive of where an undecided voter will end up. Michael Meyers of TargetPoint Consulting, a firm that helps Mr. Romney with voter turnout, said the political views of a Republican's spouse help determine whether and how a household gets courted, both for purposes of locking down its support and for ensuring that its members actually vote.

The firm's database might show that the spouse of a gun-rights supporter holds a different view on that issue, for example. If so, Mr. Meyers said, the household might receive anti-tax rather than "Second Amendment" literature in support of the Republican ticket.

At A.F.L.-C.I.O. offices in Washington this week, organizers of a phone bank direct callers to discuss the impact of issues on entire families in hopes of leveraging the persuasive power of spouses. Amber Sparks, a volunteer making calls to back the Democratic ticket, heard from a steelworker in Virginia that "his wife was for Obama, but he wasn't so sure," Ms. Sparks recalled. "I said he should listen to his wife."

A few chairs away, another caller, Lisa Aaron, reached a female Obama backer who noted that her husband leaned the other way because he opposed government-financed contraceptive coverage. "I said, 'You just really have to work on him,' " Ms. Aaron recounted. "She said, 'I'll do that, but he's a hard nut to crack.' " 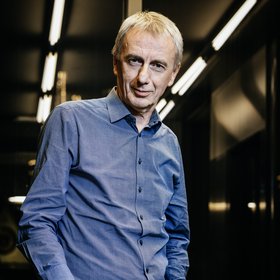 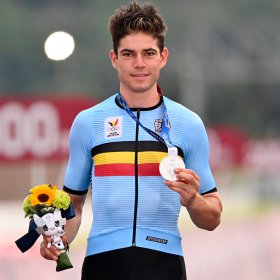