The problem is not Islam, he insists, but the negligence of government officials like himself in allowing self-contained ethnic ghettos to grow unchallenged, breeding anger, crime and radicalism among youth - a soup of grievances that suits Islamist recruiters.

"Our cities are facing a huge problem, maybe the largest since World War II," Goldstein said. "How is it that people who were born here in Brussels, in Paris, can call heroes the people who commit violence and terror? That is the real question we're facing."

Friends who teach the equivalent of high school seniors in the predominantly Muslim districts of Molenbeek and Schaerbeek told him that "90 percent of their students, 17, 18 years old, called them heroes," he said.

Goldstein, 38, grew up in Schaerbeek, the child of Jewish refugees from Nazism. Now a councilman from Schaerbeek, he is also chief of staff for the minister-president of the Brussels Capital Region.

Schaerbeek is almost as infamous these days as Molenbeek, two districts where Abdeslam and his group of Islamic State adherents had the space and time to live, hide and manufacture their weapons.

Adjacent to Molenbeek, Schaerbeek is richer, tidier and more mixed. Jacques Brel lived here for a time, so did René Magritte. It has a young, affluent section, which some compare to Notting Hill in London, and a large Turkish population.

The town house where preparations were made for the Paris attacks and where Abdeslam sought refuge for weeks is in the Turkish area, which is more well-to-do, and a better place to hide.

Brussels itself is about 25 percent Muslim - 70 percent are of Moroccan heritage and 20 percent Turkish, and the ethnic groups tend to stick to themselves, making them difficult for outsiders, like the police, to penetrate.

Belgium's integration has been somewhere between the French model, which put new immigrants in suburban ghettos, and the British and American one, which created communities like Chinatown or Little Italy, Goldstein said. "In Brussels, everyone lives in the city, and we chose a model of diversity through mixing of populations in the same neighborhoods."

But "we failed," he said. "We failed in Molenbeek" and Schaerbeek, too, to ensure the mixing of populations.

Jews have left Schaerbeek, and the last two synagogues are being sold. Instead, there is a kind of suffocating, insular, ethnic uniformity. "These young people will never go to museums until 18 or 20 - they never saw Chagall, they never saw Dalí, they never saw Warhol, they don't know what it is to dream," Goldstein said.

Of course there is poverty and unemployment, he said. "But we don't give these young people the keys to think differently, to think outside the little box, the little neighborhood where they live - this ideological box, this closed-eyes box."

As for the terrorists, "religion for them is a pretext," he said. "They believe in nothing. But Islam is the way they find to express, to crystallize their radicalization."

Young people whose parents or grandparents were immigrants face serious questions of identity, Goldstein acknowledged, speaking during and after a conference here of the German Marshall Fund. "But identity is a two-sided relation" - between young Muslims and ourselves.

"We have to fight racism and discrimination with the same force" as radicalization, he said, because "our society gives to these young people a bad idea of who and what they are." 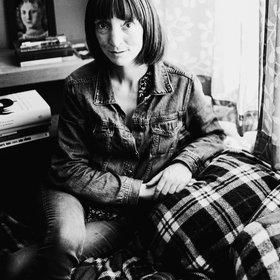