His father left before dawn to bring him home from the hospital morgue. He carried Kenyerber’s skeletal frame into the kitchen and handed it to a mortuary worker who makes house calls for Venezuelan families with no money for funerals.

Kenyerber’s spine and rib cage protruded as the embalming chemicals were injected. Relatives cut out a pair of cardboard wings from one of the empty white ration boxes that families increasingly depend on amid the food shortages and soaring food prices throttling the nation. They gently placed the tiny wings on top of Kenyerber’s coffin to help his soul reach heaven — a tradition when a baby dies in Venezuela.

When Kenyerber’s body was finally ready for viewing, his father, Carlos Aquino, a 37-year-old construction worker, began to weep uncontrollably. “How can this be?” he cried.

Hunger has stalked Venezuela for years. Now, it is killing the nation’s children at an alarming rate, doctors in the country’s public hospitals say.

Venezuela has been shuddering since its economy began to collapse in 2014. Riots and protests over the lack of affordable food, excruciating long lines for basic provisions, soldiers posted outside bakeries and angry crowds ransacking grocery stores have rattled cities, providing a public display of the depths of the crisis.

But deaths from malnutrition have remained a closely guarded secret by the Venezuelan government. In a five-month investigation by The New York Times, doctors at 21 public hospitals in 17 states across the country said that their emergency rooms were being overwhelmed by children with severe malnutrition — a condition they had rarely encountered before the economic crisis began.

Parents like Kenyerber’s mother go days without eating, shriveling to the weight of children themselves. Women line up at sterilization clinics to avoid having children they cannot feed. Young boys leave home and join street gangs to scavenge for scraps, their bodies bearing the scars of knife fights with competitors. Crowds of adults storm dumpsters after restaurants close. Babies die because it is hard to find or afford infant formula, even in emergency rooms.

“Sometimes they die in your arms just from dehydration,” Dr. Milagros Hernández said in the emergency room of a children’s hospital in the northern city of Barquisimeto.

As the economic crisis began to intensify in 2015 and 2016, the number of cases of severe malnutrition at the nation’s leading pediatric health center in the capital more than tripled, doctors say. This year looks even worse.

The Venezuelan government has tried to cover up the extent of the crisis by enforcing a near-total blackout of health statistics, and by creating a culture in which doctors are often afraid to register cases and deaths that may be associated with the government’s failures.

But the statistics that have come out are staggering. In the Ministry of Health’s 2015 annual report, the mortality rate for children younger than 4 weeks old had increased a hundredfold, from 0.02 percent in 2012 to just over 2 percent. Maternal mortality had increased nearly fivefold in the same period.

For almost two years, the government did not publish a single epidemiological bulletin tracking statistics like infant mortality. Then in April, a link suddenly appeared on the Health Ministry’s official website, leading to the unpublished bulletins. They showed that 11,446 children younger than 1 had died in 2016 — a 30 percent increase in one year — as the economic crisis accelerated.

The new findings made national and international headlines before the government declared that the website had been hacked, and the reports were swiftly removed. The health minister was fired and the military was put in charge of monitoring the bulletins. No reports have been released since.

Doctors are censored in hospitals, too, often warned not to include malnutrition in children’s medical records.

But doctors interviewed by The Times at nine of the 21 public hospitals said they encountered nearly 2,800 cases of child malnutrition in the last year alone. Nearly 400 of the children died, the doctors said.

President Nicolás Maduro has acknowledged that people are hungry in Venezuela, but he has refused to accept international aid, often saying that Venezuela’s economic problems are caused by foreign adversaries like the United States, which he says is waging an economic war against his country.

Venezuela has the largest proven oil reserves in the world. But many economists contend that years of economic mismanagement set the stage for the current disaster. The damage was masked when oil prices were high, giving the government large resources. But when oil prices began a steep fall at the end of 2014, scarcities became common and food prices skyrocketed. Inflation could reach 2,300 percent next year, the International Monetary Fund warned in October.

The Health Ministry and the National Institute of Nutrition did not respond to requests for interviews or official health reports.

Kenyerber was born healthy: 6 pounds 7 ounces. But his mother, María Carolina Merchán, 29, was bitten by a mosquito and infected with a severe case of the Zika virus when Kenyerber was 3 months old. Doctors instructed her to stop breast feeding because of serious complications from her illness.

Unable to find or afford infant formula, the family improvised with whatever they could find: bottles of cream of rice or cornstarch, mixed with whole milk.

At 9 months, his father found him listless in bed, with blood running from his nose. He rushed him to the overcrowded pediatric emergency room at Dr. Domingo Luciani hospital in the capital, Caracas.

Kleiver Enrique Hernández, 3 months old, was being treated for severe malnutrition a few beds down from Kenyerber.

In online inventory searches of Locatel, one of the largest pharmacy chains in Venezuela, The Times found that only one of its 64 locations across the country reported having the infant formula doctors had prescribed for Kleiver in stock.

And the 2016 National Survey of Hospitals found that 96 percent of Venezuelan hospitals reported not having all of the infant formula they needed to attend to patients. More than 63 percent reported having no formula at all.

Look at Your Children

Oriana Caraballo, 29, waited in line for hours with her three children — Brayner, 8; Rayman, 6; and Sofia, 22 months — to enter a crowded soup kitchen run by a local Roman Catholic church in Los Teques. Aside from drinking water, they had not eaten for three days.

Before the crisis, Caraballo fed her children using the wages from her job at a restaurant.

Now Caraballo could not bear the pain of watching her children go hungry. She said she had taken them outside her home, while her baby daughter was sleeping, then went back inside and shut the door. She hung a cable and wrapped it around her neck, she said. When she was just about to hang herself, she heard her daughter start to cry.

Her son called to her, telling her to open the door. She became overcome with guilt and decided against suicide.

In soup kitchens around the country visited by The Times, many of the parents who brought their children had full-time jobs. But hyperinflation had destroyed their salaries and savings. A 2016 survey by three Venezuelan universities found that nine out of 10 households had become “food insecure” in Venezuela.

Skipping Meals So Her Children Can Eat

Six weeks after cutting out angel wings from the food rations box to bury Kenyerber, his family was still battling hunger.

His mother, María Carolina Merchán, said she had wilted to 66 pounds from skipping meals so that her four surviving children had a little more to eat. The family has gone as long as five days at a time without consuming anything besides water.

The suffering of Venezuelan families is expected to worsen next year. Beyond the IMF’s warning that inflation could surpass 2,300 percent, observers worry that the leftist government will continue to refuse international aid for political reasons.

The Venezuelan government has used food to keep the Socialists in power, critics say. Before recent elections, people living in government housing projects said they were visited by representatives of their local Socialist community councils — the government-aligned groups that organize the delivery of boxes of cheap food — and threatened with being cut off if they did not vote for the government.

Kenyerber’s relatives fear that another child in the family may die as well.

“I worry about it day and night,” said his aunt, Andreína del Valle Merchán, 25. 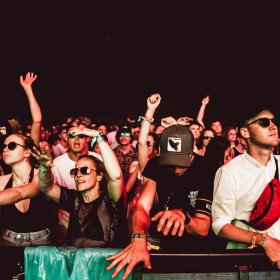