LONDON - World leaders sought comfort from the familiar on Wednesday after President Obama's re-election but, with the global political landscape substantially unchanged and crises on hold while the vote unfolded, many vied with new vigor for his attention and favor as he embarks on a second term.

In marked contrast to a euphoric surge four years ago when many hailed Mr. Obama's victory as a herald of renewal, the mood was subdued, reflecting not only the shadings of opinion between the American leader's friends and foes but also a generally lowered expectation of America's power overseas.

Mr. Obama, one French analyst said, is "very far from the hopes that inflamed his country four years ago."

Even in Kenya, where Mr. Obama's father was from, the energy surrounding this election was just a shadow of what it had been in 2008, when it seemed like the entire African continent was cheering him on. Many Kenyans have been disappointed that Mr. Obama has yet to visit as president, part of a broader feeling on the continent that Africa has not been a priority, certainly not compared with the unfolding nuclear debate in Iran and the civil war in Syria.

Some were not slow to remind Mr. Obama of their requirements. Danny Danon, the deputy speaker of the Israeli Parliament who is regarded as a staunch ally of the Republicans, evoked "the existential threat posed to Israel and the West by the prospect of a nuclear-armed Iran. Now is the time for President Obama to return to the wise and time-honored policy of 'zero daylight' between our respective nations," Mr. Danon said.Mr. Danon is a member of the conservative Likud Party led by Israel's prime minister, Netanyahu, who has tense relations with Mr. Obama and who was widely perceived in Israel and the US as having supported the Republican challenger, Mitt Romney.

Mahmoud Abbas, the president of the Palestinian Authority, said in a brief statement that he hoped Mr. Obama would press for peace in the Middle East.

Before the outcome was known, Chinese analysts had summed up what seemed to be a widespread calculation that the Chinese leadership, itself scheduled to change in two days' time, favored Mr. Obama "because he's familiar," said Wu Xinbo, deputy director of the Center for American Studies at Fudan University in Shanghai. A victory for Mr. Romney would have made China "a little nervous because he might bring new policies." China's response was colored by a pre-election pledge from Mr. Romney to label Beijing a currency manipulator.

Across Europe, many greeted news of Mr. Obama's re-election with a sense of mild relief, though it was not immediately clear whether those feelings were accompanied by any enhanced expectation that, armed with a new mandate, the Obama administration would find solutions to the huge challenges still facing it in Afghanistan, Iran, Pakistan, Syria and the Middle East. Imran Khan, a prominent Pakistani politician, urged the re-elected Mr. Obama to "give peace a chance" after a first term marked by "increased drone attacks, a surge in Afghanistan, increased militancy in Pakistan as a result of that."

Mr. Obama is also under pressure to increase his involvement in ending the Syrian war. Speaking to reporters during a visit to Jordan, Prime Minister David Cameron of Britain said early on Wednesday: "One of the first things I want to talk to Barack about is how we must do more to try and solve this crisis."

Some of the favorable responses to Mr. Obama reflected campaign blunders by Mr. Romney who drew barbs from both Britons and Spaniards for remarks about their countries. "We in Spain wanted Obama to win because he is more like us, we still see him as a transformative leader," said Manel Manchon, a political scientist. "Romney insulted Spain, and you can't just blame Spain for this crisis."

Washington's reach elsewhere seemed more ambiguous. After his election in 2008, for instance, Mr. Obama promised a "reset" with Moscow. But the United States and Russia took opposing positions on the Libyan and Syrian crises and the Kremlin has depicted the American response to antigovernment protests in Moscow as undermining the return to power of President Vladimir V. Putin. Dmitri S. Peskov, spokesman for Mr. Putin, said that "in general, the Kremlin took the news about Barack Obama's victory in the elections quite positively."

For some Europeans, the victory offered an object lesson in the politics of economic hardship that has cost leaders in Britain, France, Spain and elsewhere their jobs. "Obama has succeeded where Sarkozy, Zapatero and Brown failed - to be re-elected amid a major economic crisis," deputy editor François Sergent wrote in a special edition of the leftist newspaper Libération in France.

The sense that Mr. Obama's second term would be less constrained by electoral considerations offered analysts a rich theme. "For all the criticism of Obama, he now has the tail wind and the independence of not having to seek re-election," said Claudia Schmucker, of the German Council on Foreign Relations. "He can use that for foreign policy, too. But there was unease in Germany that Mr. Obama's focus on Asian issues, in particular the rise of China, had sapped transatlantic ties with Europe. "I hope he will not only be the Pacific president, but also the trans-Atlantic president," Philipp Missfelder, a leading member of Chancellor Angela Merkel's Christian Democrats, said in an interview. 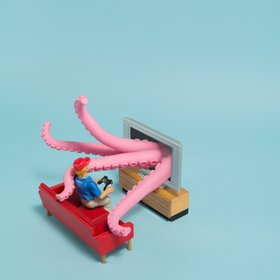