As much as many Americans and Europeans may abhor what President Vladimir V. Putin of Russia did in Crimea and Ukraine, Moscow's intervention in Syria may offer the first glimmer of hope for ending the quagmire there. Putin is right that only stable governance and security will allow Syrian refugees to return home.

Rather than pursue decisive victory, America must seek to end this war with a less dramatic, less satisfying settlement.

The United States should have two goals in Syria. First, bring order to those parts of the country that the Islamic State does not control. Second, strive to build a coalition of forces that can contain the Islamic State and eventually replace it. Russia's "intrusion" could offer a chance to achieve both.

This means setting aside American prejudices and heated political rhetoric. Russia isn't an intruder in Syria; it has been involved there for decades, just as America has been involved throughout the Middle East for more than 60 years. Assad is Russia's protégé, and Syria is an operations base for the Russian military. The United States has its own, significantly larger set of friends and operating facilities in the region.

At present, both powers have an interest in regional stability. Violent jihadist movements pose more of a threat to Russia than to America; many Russians have already died at the hands of terrorists, and thousands of Russian-based jihadists have flocked to the Islamic State with the intent to return home eventually.

Russia also has valuable leverage in Syria that America lacks: a military presence on the ground, a link with a weak but operating regime in Damascus, working ties with the Iranian and Iraqi governments, and an intelligence-sharing agreement with both that could well include Iranian allies like Hezbollah.

The United States still has hundreds of aircraft and thousands of troops in the area, as well as strong ties to the Kurds. But it has few links with Iran, a troubled relationship with the weak Iraqi government, very poor intelligence in Syria and a military training program for the moderate Syrian opposition that - recognized as a complete failure - has now been abandoned.

With proper safeguards and caution, a broader regional coalition could be a powerful tool against the Islamic State. American officials should acknowledge these realities and use the assets still available to them to advance their humanitarian and anti-extremist goals.

Russia must face reality as well. Putin will have to accept that Assad can't remain in office in perpetuity and that his regime must change. The alternative is chaos, an opportunity for the Islamic State to embed itself and expand its operations, and an end to any role in Syria for Assad's minority Alawite sect (an offshoot of Shiite Islam). A rump coastal state with Assad in charge, which may be Russia's fallback option, wouldn't remove the larger threat the Islamic State poses to Russia's security.

There is a risk that Russia might overreach, as the United States did in Iraq and as both countries did in Afghanistan, if Putin imagines that outside military force alone can defeat the Islamic State. American hawks like Sens. John McCain and Lindsey Graham make this same mistake. They've forgotten that opposing outside military interference is a critical ingredient of extremists' recruitment efforts.

America and Russia must accept that as outsiders, they will never be able to confront, contain and eliminate the Islamic State alone. Only a regional coalition could do so.

Working together, Washington and Moscow could take advantage of their respective ties with the regional powers that actually have the manpower and operating space to act: Turkey, Saudi Arabia, Iran, Iraq, the Gulf states and the Kurds. While any coalition would have internal tensions - most notably between Turkey and the Kurds - combined Russian and American pressure could help convince all parties to focus on the Islamic State today and leave other concerns for later.

To be sure, Russia's main aim at the moment is bolstering Assad by attacking various anti-regime forces and leaving others to deal with the Islamic State. But groups like the Nusra Front - al-Qaida's affiliate in Syria - are not America's friends either, and there is potential for an effective division of labor. Coordinating our actions could ensure that Russia does not focus on the groups America supports and could prevent the dangerous accidents that tend to arise in the fog of war.

A joint Russian-American effort may fail to solve the Syrian problem. It's not a perfect remedy, but the partial overlap in American and Russian interests is the most promising route toward a solution. American officials must end their table-thumping about Russian intrusion, recognize that we are past the Cold War, and get down to the business of statecraft. 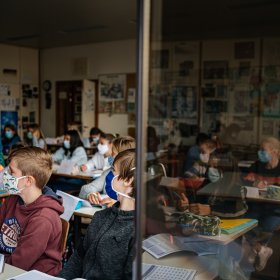 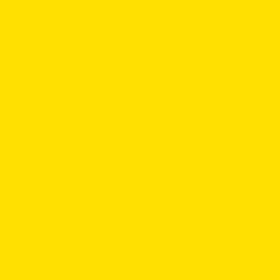