Donald Trump’s zeal for extreme vetting has one glaring exception, one gaping blind spot: his own administration.

If you’re a bedraggled sixth-grader from a beleaguered country where the Quran is a popular text, he will stop you at our border. If you’re a retired lieutenant general who hallucinates an Islamic terrorist behind every last garden shrub in America, he will welcome you to the White House.

Michael Flynn’s fall was foreordained, predictable by anyone with the time, patience and fundamental seriousness to take an unblinking look at his past, brimming as it was with accusations of shoddy stewardship and instances of rashness.

This is a man who once claimed that Arabic signs along the Mexican border pointed terrorists toward the United States — and who never provided any corroboration of that. I learned of this particular bit of hysteria when it was being discussed one night on Anderson Cooper’s show on CNN. The Trump apologist Kayleigh McEnany was asked for her reaction. She said that no one could prove that there weren’t such signs.

Trump sold himself to Americans the way almost everyone who tries to make the transition from the private sector to public service does. Supposedly, he knew how to manage in a way that government bureaucrats don’t, because he was from a realm of ultimate accountability.

But I can’t imagine any levelheaded chief executive having the most delicate of conversations about his enterprise out in the open, as Trump did at Mar-a-Lago on Saturday night, discussing North Korea’s missile launch.

And the cornerstone of management is the assembling of a team that’s competent and trustworthy. Trump put his together in a cavalier fashion, enchanted by people who were high on energy even if they were low on sanity, decency, discretion, humility or some combination of the above.

And so we got Flynn, Stephen Miller and others whose stridency makes for a good show — Trump relishes a good show — but is a recipe for precisely the kind of recklessness that did in Flynn, who played footsie with the Russians and then lied about it.

With this president there’s a surfeit of provocation and a dearth of due diligence.

Where was the vetting, extreme or otherwise, of Mick Mulvaney, the congressman tapped for the Office of Management and Budget? Oops: He had a nanny for whom he’d failed to pay more than $15,000 in taxes.

Where was the vetting, extreme or otherwise, of Steve Mnuchin, just confirmed as Treasury secretary? Oops: He had all this offshore wealth and nearly $100 million worth of real-estate assets that he initially failed to mention in financial disclosure forms.

Where was the vetting — or, more to the point, the <em>preparation </em>— of Betsy DeVos, our new education secretary, who waltzed into her confirmation hearing and theorized that the greatest pedagogical threat to America’s schoolchildren was toothy, furry and fond of salmon.

There have been so many embarrassments with so many nominees that a few who’d be in the foreground of the news otherwise have been spared the derision they deserve.

Andrew Puzder, for instance. He’s up for labor secretary, and his confirmation hearing has been delayed four times as he deals with a tangle of financial interests that are only the half of it.

Puzder runs the fast-food chains Hardee’s and Carl’s Jr. and has spoken dreamily of how much he’d like to install robots in place of human workers — you know, the kind the Labor Department is supposed to protect. In a memo to Hardee’s managers, he once wrote, “No more people behind the counter unless they have all their teeth.”

Say what you will about DeVos, she never suggested that geometry be taught by Chippendales dancers doing things with protractors that Pythagoras could never have envisioned. Nor did she spout anything along the lines of Puzder’s response when he was asked about the prospect of joining Trump’s Cabinet. He speculated that it would be “the most fun you could have with your clothes on.”

I like to think that years from now, we’ll be so far past this messy and terrifying moment that we’ll look back wistfully at the parlor games it gave us, chief among them Who’s Your Nightmare Nominee?

Well, the Flynn nightmare is over. It lasted all of 24 days. It wouldn’t have lasted one if our president cared about the most important kinds of vetting. 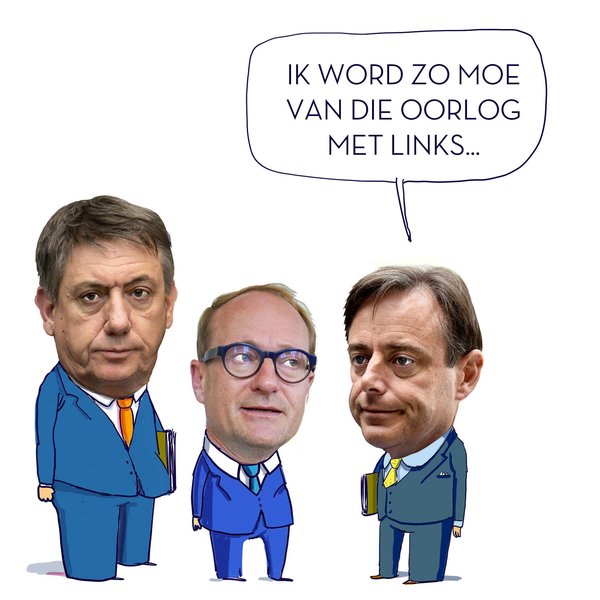 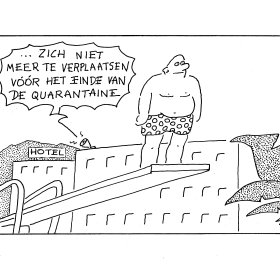