Thomas L. Friedman won the 2002 Pulitzer Prize for commentary, his third Pulitzer for The New York Times. He became the paper'sforeign-affairs Op-Ed columnist in 1995.

President Barack Obama was criticized for failing to attend, or send a proper surrogate to, the giant anti-terrorism march in Paris on Sunday. That criticism was right. But it is typical of American politics today that we focus on this and not what would have really made the world feel the jihadist threat was finally being seriously confronted. And that would not be a march that our president helps to lead, but one in which he's not involved at all. That would be a million-person march against the jihadists across the Arab-Muslim world, organized by Arabs and Muslims for Arabs and Muslims, without anyone in the West asking for it - not just because of what happened in Paris but because of the scores of Muslims recently murdered by jihadists in Pakistan, Yemen, Iraq, Libya, Nigeria and Syria.

Abdul Rahman al-Rashed, one of the most respected Arab journalists, wrote Monday in his column in Al-Sharq Al-Awsat: "Protests against the recent terrorist attacks in France should have been held in Muslim capitals, rather than Paris, because, in this case, it is Muslims who are involved in this crisis and stand accused. ... The story of extremism begins in Muslim societies, and it is with their support and silence that extremism has grown into terrorism that is harming people. It is of no value that the French people, who are the victims here, take to the streets. ... What is required here is for Muslim communities to disown the Paris crime and Islamic extremism in general." (Translation by Memri.org.)

The truth is there is a huge amount of ambivalence toward this whole jihadist phenomenon - more than any of us would like to believe - in the Arab-Muslim world, Europe and America. This ambivalence starts in the Muslim community, where there is a deep cleavage over what constitutes authentic Islam today. We fool ourselves when we tell Muslims what "real Islam" is. Because Islam has no Vatican, no single source of religious authority, there are many Islams today. The puritanical Wahhabi/Salafi/jihadist strain is one of them, and it has more support than we want to believe.

Ambivalence runs through Europe today on the question of what a country should demand of new Muslim immigrants by way of adopting its values. Is Stratfor's George Friedman right when he argues that Europeans adopted multiculturalism precisely because they didn't really want to absorb their Muslim immigrants, and many of those Muslim immigrants, who went to Europe to find a job, not a new identity, didn't want to be absorbed? If so, that spells trouble.

Ambivalence runs through Washington's ties with Saudi Arabia. Ever since jihadists took over Islam's holiest shrine in Mecca in 1979, proclaiming that Saudi Arabia's rulers were not pious enough, Saudi Arabia has redoubled its commitment to Wahhabi or Salafist Islam - the most puritanical, anti-pluralistic and anti-women version of that faith. This Saudi right turn - combined with oil revenues used to build Wahhabi-inspired mosques, websites and madrassas across the Muslim world - has tilted the entire Sunni community to the right. Look at a picture of female graduates of Cairo University in 1950. Few are wearing veils. Look at them today. Many are wearing veils. The open, soft, embracing Islam that defined Egypt for centuries - pray five times a day but wash it down with a beer at night - has been hardened by this Wahhabi wind from Arabia.

But U.S. presidents never confront Saudi Arabia about this because of our oil addiction. As I've said, addicts never tell the truth to their pushers. The Saudi government opposes the jihadists. Unfortunately, though, it's a very short step from Wahhabi Islam to the violent jihadism practiced by the Islamic State. The French terrorists were born in France but were marinated in Wahhabi-Salafi thought through the Web and local mosques - not Voltaire.

Also, the other civil war in Islam - between Sunnis and Shiites - has led many mainstream Sunni charities, mosques and regimes to support jihadist groups because they're ferocious fighters against Shiites. Finally - yet more ambivalence - for 60 years there was a tacit alliance between Arab dictators and their Sunni religious clergy. The regimes funded these uninspired Muslim clerics, and these clergy blessed the uninspired dictators - and both stifled the emergence of any authentic, inspired, reformist Islam that could take on Wahhabism-Salafism, even though many Muslims wanted it. An authentic reformation requires a free space in the Arab-Muslim world.

"Muslims need to 'upgrade their software,' which is programmed mainly by our schools, television and mosques - especially small mosques that trade in what is forbidden," Egyptian intellectual Mamoun Fandy wrote in Al-Sharq Al-Awsat. (Also translated by Memri.org.) "There is no choice but to dismantle this system and rebuild it in a way that is compatible with human culture and values." 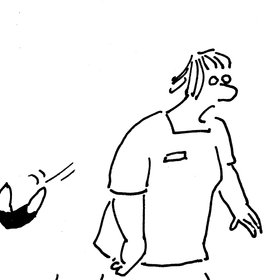 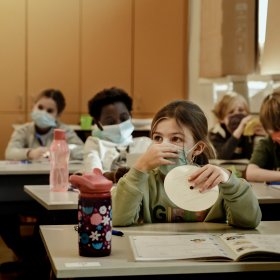