The concept of "one country, two systems" was invented to describe the relationship between Hong Kong and mainland China. But here's the truth: the American and Chinese economies and futures today are now totally intertwined, so much so that they are the real "one country-two systems" to watch. And after recently being in China to attend the big Boao Forum on Hainin Island, and hearing President Xi Jinping speak, what is striking is how much each side in this relationship currently seems to be asking the other, "What's up with you?"

Both countries almost take for granted the ties that bind them today: the $600 billion in annual bilateral trade; the 275,000 Chinese studying in America, and the 25,000 Americans studying in China; the fact that China is now America's largest agricultural market and the largest foreign holder of U.S. debt; and the fact that last year Chinese investment in the United States for the first time exceeded American investment in China.

But dig underneath and you find these two systems increasingly baffled by the other. Chinese officials still have not gotten over their profound shock at how the United States - a country they took as an economic model and the place where many of them learned capitalism - could have become so reckless as to trigger the 2008 global subprime mortgage meltdown, which started the trope in China that America is a superpower in decline.

Chinese officials were also baffled by an effort by President Barack Obama's team to resist China's establishment of an Asian Infrastructure Investment Bank, by lobbying our biggest economic allies - South Korea, Australia, France, Germany, Italy and Britain - not to join. While the Treasury secretary, Jack Lew, kept stressing publicly, and responsibly, that the only American concern was that the bank operate by international standards, other Obama officials actively pressed U.S. allies to stay out. Except for Japan, they all snubbed Washington and joined the Chinese-led bank. The whole episode only empowered Beijing hard-liners who argue that the United States just wants to keep China down and can't really accommodate it as a stakeholder.

Americans, though, are asking of Xi: "What's up with you?" Xi's anti-corruption campaign is clearly aimed at stifling the biggest threat to any one-party system: losing its legitimacy because of rampant corruption. But he also seems to be taking out potential political rivals as well. Xi has taken more control over the military, economic and political levers of power in China than any leader since Mao. But to what end - to reform or to stay the same?

Xi is "amassing power to maintain the Communist Party's supremacy," argued Willy Wo-Lap Lam, author of "Chinese Politics in the Era of Xi Jinping: Renaissance, Reform or Retrogression?" Xi "believes one reason behind the Soviet Union's collapse is that the party lost control of the army and the economy." But Xi seems to be more focused on how the Soviet Union collapsed than how America succeeded, and that is not good. His crackdown has not only been on corruption, which is freezing a lot of officials from making any big decisions, but on even the mildest forms of dissent. Foreign textbooks used by universities are being censored, and blogging and searching on China's main Internet sites have never been more controlled. Don't even think about using Google there or reading Western newspapers online.

But, at the same time, Xi has begun a huge push for "innovation," for transforming China's economy from manufacturing and assembly to more knowledge-intensive work, so this one-child generation will be able to afford to take care of two retiring parents in a country with an inadequate social-safety net.

As Antoine van Agtmael, the investor who coined the term "emerging markets," said to me: China is making it harder to innovate in China precisely when rising labor costs in China and rising innovation in America are spurring more companies to build their next plant in the United States, not China. The combination of cheap energy in America and more flexible, open innovation - where universities and startups share brainpower with companies to spin off discoveries; where manufacturers use a new generation of robots and 3-D printers that allow more production to go local; and where new products integrate wirelessly connected sensors with new materials to become smarter, faster than ever - is making America, says van Agtmael, "the next great emerging market."

Xi seems to be betting that China is big enough and smart enough to curb the Internet and political speech just enough to prevent dissent but not enough to choke off innovation. This is the biggest bet in the world today. And if he's wrong (and color me dubious) we're all going to feel it. 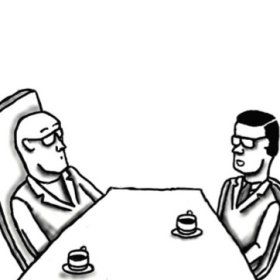 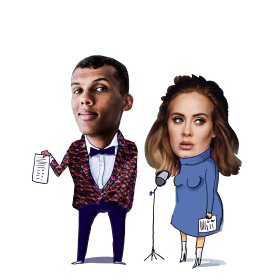