The 2016 election is still 19 mind-numbing, soul-killing months away. There is, however, another important election in just six weeks, as Britain goes to the polls. And many of the same issues are on the table.

Unfortunately, economic discourse in Britain is dominated by a misleading fixation on budget deficits. Worse, this bogus narrative has infected supposedly objective reporting; media organizations routinely present as fact propositions that are contentious if not just plain wrong.

Needless to say, Britain isn't the only place where things like this happen. A few years ago, at the height of our own deficit fetishism, the American news media showed some of the same vices. Allegedly factual articles would declare that debt fears were driving up interest rates with zero evidence to support such claims. Reporters would drop all pretense of neutrality and cheer on proposals for entitlement cuts.

In the United States, however, we seem to have gotten past that. Britain hasn't.

The narrative I'm talking about goes like this: In the years before the financial crisis, the British government borrowed irresponsibly, so that the country was living far beyond its means. As a result, by 2010 Britain was at imminent risk of a Greek-style crisis; austerity policies, slashing spending in particular, were essential. And this turn to austerity is vindicated by Britain's low borrowing costs, coupled with the fact that the economy, after several rough years, is now growing quite quickly.

Simon Wren-Lewis of Oxford University has dubbed this narrative "mediamacro." As his coinage suggests, this is what you hear all the time on TV and read in British newspapers, presented not as the view of one side of the political debate but as simple fact.

Yet none of it is true.

Was the Labour government that ruled Britain before the crisis profligate? Nobody thought so at the time. In 2007, government debt as a percentage of GDP was close to its lowest level in a century (and well below the level in the United States), while the budget deficit was quite small. The only way to make those numbers look bad is to claim that the British economy in 2007 was operating far above capacity, inflating tax receipts. But if that had been true, Britain should have been experiencing high inflation, which it wasn't.

Still, wasn't Britain at risk of a Greek-style crisis, in which investors could lose confidence in its bonds and send interest rates soaring? There's no reason to think so. Unlike Greece, Britain has retained its own currency and borrows in that currency - and no country fitting this description has experienced that kind of crisis. Consider the case of Japan, which has far bigger debt and deficits than Britain ever did yet can currently borrow long-term at an interest rate of just 0.32 percent.

Which brings me to claims that austerity has been vindicated. Yes, British interest rates have stayed low. So have almost everyone else's. For example, French borrowing costs are at their lowest level in history. Even debt-crisis countries like Italy and Spain can borrow at lower rates than Britain pays.

What about growth? When the current British government came to power in 2010, it imposed harsh austerity - and the British economy, which had been recovering from the 2008 slump, soon began slumping again. In response, Prime Minister David Cameron's government backed off, putting plans for further austerity on hold (but without admitting that it was doing any such thing). And growth resumed.

If this counts as a policy success, why not try repeatedly hitting yourself in the face for a few minutes? After all, it will feel great when you stop.

Given all this, you might wonder how mediamacro gained such a hold on British discourse. Don't blame economists. As Wren-Lewis points out, very few British academics (as opposed to economists employed by the financial industry) accept the proposition that austerity has been vindicated. This media orthodoxy has become entrenched despite, not because of, what serious economists had to say.

Still, you can say the same of Bowles-Simpsonism in the United States, and we know how that doctrine temporarily came to hold so much sway. It was all about posturing, about influential people believing that pontificating about the need to make sacrifices - or, actually, for other people to make sacrifices - is how you sound wise and serious. Hence the preference for a narrative prioritizing tough talk about deficits, not hard thinking about job creation.

As I said, in the United States we have mainly gotten past that, for a variety of reasons - among them, I suspect, the rise of analytical journalism, in places like The Times' The Upshot. But Britain hasn't; an election that should be about real problems will, all too likely, be dominated by mediamacro fantasies. 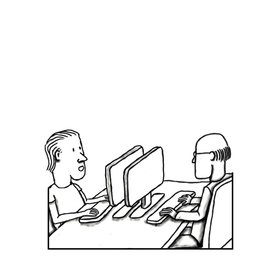