On Wednesday, McDonald's - which has been facing demonstrations denouncing its low wages - announced that it would give workers a raise.

The pay increase won't, in itself, be a very big deal: the new wage floor is just $1 above the local minimum wage, and even that policy applies only to outlets McDonald's owns directly, not the many outlets owned by people who bought franchises. But it's at least possible that this latest announcement, like Wal-Mart's much bigger pay-raise announcement a couple of months ago, is a harbinger of an important change in U.S. labor relations.

Maybe it's not that hard to give American workers a raise, after all.

Most people would surely agree that stagnant wages, and more broadly the shrinking number of jobs that can support middle-class status, are big problems for this country. But the general attitude to the decline in good jobs is fatalistic. Isn't it just supply and demand? Haven't labor-saving technology and global competition made it impossible to pay decent wages to workers unless they have a lot of education?

Strange to say, however, the more you know about labor economics the less likely you are to share this fatalism. For one thing, global competition is overrated as a factor in labor markets; yes, manufacturing faces a lot more competition than it did in the past, but the great majority of American workers are employed in service industries that aren't exposed to international trade. And the evidence that technology is pushing down wages is a lot less clear than all the harrumphing about a "skills gap" might suggest.

Even more important is the fact that the market for labor isn't like the markets for soybeans or pork bellies. Workers are people; relations between employers and employees are more complicated than simple supply and demand. And this complexity means that there's a lot more wiggle room in wage determination than conventional wisdom would have you believe. We can, in fact, raise wages significantly if we want to.

How do we know that labor markets are different? Start with the effects of minimum wages. There's a lot of evidence on those effects: Every time a state raises its minimum wage while neighboring states don't, it, in effect, performs a controlled experiment. And the overwhelming conclusion from all that evidence is that the effect you might expect to see - higher minimum wages leading to fewer jobs - is weak to nonexistent. Raising the minimum wage makes jobs better; it doesn't seem to make them scarcer.

How is that possible? At least part of the answer is that workers are not, in fact, commodities. A bushel of soybeans doesn't care how much you paid for it; but decently paid workers tend to do a better job, not to mention being less likely to quit and require replacement, than workers paid the absolute minimum an employer can get away with. As a result, raising the minimum wage, while it makes labor more expensive, has offsetting benefits that tend to lower costs, limiting any adverse effect on jobs.

Similar factors explain another puzzle about labor markets: the way different firms in what looks like the same business can pay very different wages. The classic comparison is between Wal-Mart (with its low wages, low morale, and very high turnover) and Costco (which offers higher wages and better benefits, and makes up the difference with better productivity and worker loyalty). True, the two retailers serve different markets; Costco's merchandise is higher-end and its customers more affluent. But the comparison nonetheless suggests that paying higher wages costs employers a lot less than you might think.

And this, in turn, suggests that it shouldn't be all that hard to raise wages across the board. Suppose we were to give workers some bargaining power by raising minimum wages, making it easier for them to organize, and, crucially, aiming for full employment rather than finding reasons to choke off recovery despite low inflation. Given what we now know about labor markets, the results might be surprisingly big - because a moderate push might be all it takes to persuade much of American business to turn away from the low-wage strategy that has dominated our society for so many years.

There's historical precedent for this kind of wage push. The middle-class society now dwindling in our rearview mirrors didn't emerge spontaneously; it was largely created by the "great compression" of wages that took place during World War II, with effects that lasted for more than a generation.

So can we repeat this achievement? The pay raises at Wal-Mart and McDonald's - brought on by a tightening job market plus activist pressure - offer a small taste of what could happen on a vastly larger scale. There's no excuse for wage fatalism. We can give American workers a raise if we want to. 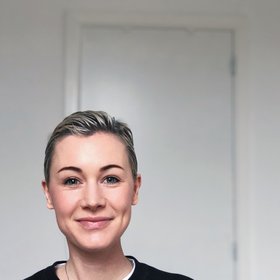 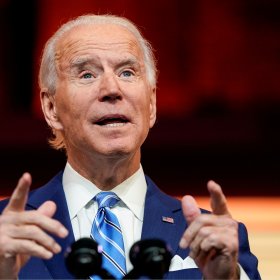 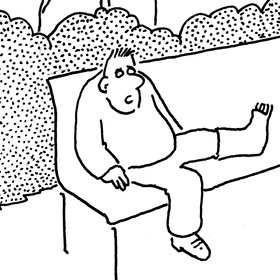 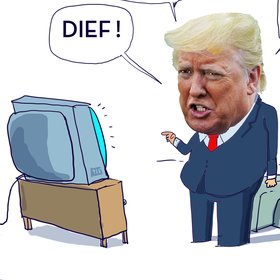