Suppose that for some reason you decided to start hitting yourself in the head, repeatedly, with a baseball bat. You'd feel pretty bad. Correspondingly, you'd probably feel a lot better if and when you finally stopped. What would that improvement in your condition tell you?

It certainly wouldn't imply that hitting yourself in the head was a good idea. It would, however, be an indication that the pain you were experiencing wasn't a reflection of anything fundamentally wrong with your health. Your head wasn't hurting because you were sick; it was hurting because you kept hitting it with that baseball bat.

And now you understand the basics of what has been happening to several major economies, including the United States, over the past few years. In fact, you understand these basics better than many politicians and commentators.

Let's start with a tale from overseas: austerity policy in Britain. As you may know, back in 2010 Britain's newly installed Conservative government declared that a sharp reduction in budget deficits was needed to keep Britain from turning into Greece. Over the next two years growth in the British economy, which had been recovering fairly well from the financial crisis, more or less stalled. In 2013, however, growth picked up again - and the British government claimed vindication for its policies. Was this claim justified?

No, not at all. What actually happened was that the Tories stopped tightening the screws - they didn't reverse the austerity that had already occurred, but they effectively put a hold on further cuts. So they stopped hitting Britain in the head with that baseball bat. And sure enough, the nation started feeling better.

To claim that this bounceback vindicated austerity is silly. As Simon Wren-Lewis of Oxford University likes to point out, if rapid growth after a gratuitous slump counts as success, the government should just close down half the economy for a year; the next year's growth would be fantastic. Or as I'd put it, you shouldn't conclude that hitting yourself in the head is smart because it feels so good when you stop. Unfortunately, the silliness of the claim hasn't prevented its widespread acceptance by what Wren-Lewis calls "mediamacro."

Meanwhile, back in America we haven't had an official, declared policy of fiscal austerity - but we've nonetheless had plenty of austerity in practice, thanks to the federal sequester and sharp cuts by state and local governments. The good news is that we, too, seem to have stopped tightening the screws: Public spending isn't surging, but at least it has stopped falling. And the economy is doing much better as a result. We are finally starting to see the kind of growth, in employment and GDP, that we should have been seeing all along - and the public's mood is rapidly improving.

What's the important lesson from this late Obama bounce? Mainly, I'd suggest, that everything you've heard about President Barack Obama's economic policies is wrong.

You know the spiel: that the U.S. economy is ailing because Obamacare is a job-killer and the president is a redistributionist, that Obama's anti-business speeches (he hasn't actually made any, but never mind) have hurt entrepreneurs' feelings, inducing them to take their marbles and go home.

This storyline never made much sense. The truth is that the private sector has done surprisingly well under Obama, adding 6.7 million jobs since he took office, compared with just 3.1 million at this point under President George W. Bush. Corporate profits have soared, as have stock prices. What held us back was unprecedented public-sector austerity: At this point in the Bush years, government employment was up by 1.2 million, but under Obama it's down by 600,000. Sure enough, now that this de facto austerity is easing, the economy is perking up.

And what this bounce tells you is that the alleged faults of Obamanomics had nothing to do with the pain we were feeling. We weren't hurting because we were sick; we were hurting because we kept hitting ourselves with that baseball bat, and we're feeling a lot better now that we've stopped.

Will this improvement in our condition continue? Britain's government has declared its intention to pick up the baseball bat again - to engage in further austerity, which does not bode well. But here the picture looks brighter. Households are in much better financial shape than they were a few years ago; there's probably still a lot of pent-up demand, especially for housing. And falling oil prices will be good for most of the country, although some regions - especially Texas - may take a hit.

So I'm fairly optimistic about 2015, and probably beyond, as long as we avoid any more self-inflicted damage. Let's just leave that baseball bat lying on the ground, OK? 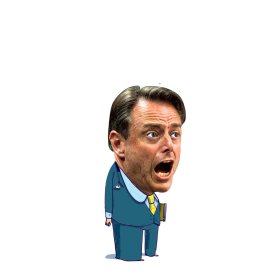