Now comes President-elect Donald Trump. He has won the office and yet has continued his vindictive, disruptive style of politicking. He has run a post-campaign that has corroded the traditional grace period of considerate political transition that the nation needs. The hope of citizens for a better future, for a sense of uplift, has wound up hostage to his impetuous Twitter attacks on individuals, institutions and nations.

Fellow Republicans like Senator John McCain openly wonder whether Mr. Trump’s chief obsession is to “engage with every windmill that he can find,” rather than to focus on “the most important position on earth.”

This is the question haunting Mr. Trump’s inauguration on Friday. Is he up to the job of uniting and leading the nation — of achieving and sustaining the tone that Americans for generations have called presidential? Or will self-absorption and free-flowing peevishness be the hallmarks of an era of domestic and global crises, stirred up by grossly uninformed perceptions of reality?

Poll numbers suggest that the public already has lost heart during the transition, rating Mr. Trump the least popular president-elect of modern times. Mr. Trump, of course, reacted with a fresh Twitter attack that the polls were “rigged.” Sad, as he likes to say, that he did not realize that the nation, and his standing, would be better served by a hint of humility and resolve to win over all Americans. Instead we had more “Trump Lashes Out …” headlines.

The contrast with President Obama’s incumbency and personal demeanor could not be more vivid or less encouraging. Mr. Trump’s first news conference as president-elect, just last week, was a clinic in bombast and self-aggrandizement, punctuated by denials of the need to make his tax returns public or to curtail business interests that could invite corruption. His breathtaking ignorance about health care and the Affordable Care Act made him seem clueless about just how he imagines replacing it.

Mr. Obama’s final news conference this week was a study in the sort of intelligent public speaking on complex issues that has characterized his eight years of scandal-free governance. It was leavened with a bit of self-deprecation, as Mr. Obama referred to “No-Drama Obama” in noting his own optimism, as if mindful of the years of melodramatics that might follow.

Americans who voted for Mr. Trump, as well as those who voted against him, surely must see that few incoming presidents have been in greater need of an informed cabinet and experienced public officials. Yet his cabinet choices have largely been ideologues and plutocrats who may or may not carry out Mr. Trump’s contradictory campaign promises.

This is not the first time that “transition” has seemed too gentle a word for a startling if not shocking swerve in public policy and presidential style. A youthful John F. Kennedy succeeded the aged Dwight Eisenhower; the rock-ribbed conservative Ronald Reagan followed the liberal Jimmy Carter. Barack Obama came on the heels of George W. Bush, who himself followed Bill Clinton. Each of these presidents came into office with passionate opponents who worried for the future of the nation.

Yet each president also seemed awed by the responsibilities of the office, and each seemed to grasp what the country needed. “Our unity, our union, is a serious work of leaders and citizens and every generation,” Mr. Bush declared at his first inaugural, after, like Mr. Trump, losing the popular vote but winning in the Electoral College. “And this is my solemn pledge: I will work to build a single nation of justice and opportunity.”

The campaign is over. The nation needs to hear Mr. Trump pick up this grand American theme and then find enough personal conviction to make it a central aspiration of his presidency. 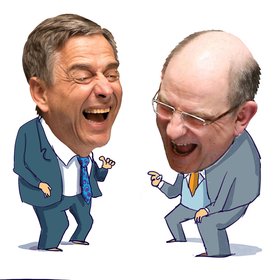 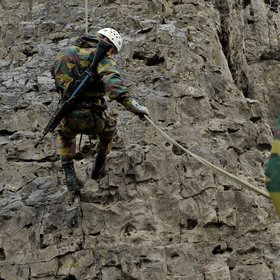