Millions of Americans registered a protest vote on Tuesday, expressing their fierce opposition to an economic and political system that puts wealthy and corporate interests over their own. I strongly supported Hillary Clinton, campaigned hard on her behalf, and believed she was the right choice on Election Day. But Donald J. Trump won the White House because his campaign rhetoric successfully tapped into a very real and justified anger, an anger that many traditional Democrats feel.

I am saddened, but not surprised, by the outcome. It is no shock to me that millions of people who voted for Trump did so because they are sick and tired of the economic, political and media status quo.

Working families watch as politicians get campaign financial support from billionaires and corporate interests — and then ignore the needs of ordinary Americans. Over the last 30 years, too many Americans were sold out by their corporate bosses. They work longer hours for lower wages as they see decent paying jobs go to China, Mexico or some other low-wage country. They are tired of having chief executives make 300 times what they do, while 52 percent of all new income goes to the top 1 percent. Many of their once beautiful rural towns have depopulated, their downtown stores are shuttered, and their kids are leaving home because there are no jobs — all while corporations suck the wealth out of their communities and stuff them into offshore accounts.

Working Americans can’t afford decent, quality child care for their children. They can’t send their kids to college, and they have nothing in the bank as they head into retirement. In many parts of the country they can’t find affordable housing, and they find the cost of health insurance much too high. Too many families exist in despair as drugs, alcohol and suicide cut life short for a growing number of people.

President-elect Trump is right: The American people want change. But what kind of change will he be offering them? Will he have the courage to stand up to the most powerful people in this country who are responsible for the economic pain that so many working families feel, or will he turn the anger of the majority against minorities, immigrants, the poor and the helpless?

Will he have the courage to stand up to Wall Street, work to break up the “too big to fail” financial institutions and demand that big banks invest in small businesses and create jobs in rural America and inner cities? Or, will he appoint another Wall Street banker to run the Treasury Department and continue business as usual? Will he, as he promised during the campaign, really take on the pharmaceutical industry and lower the price of prescription drugs?

I am deeply distressed to hear stories of Americans being intimidated and harassed in the wake of Trump’s victory, and I hear the cries of families who are living in fear of being torn apart. We have come too far as a country in combating discrimination. We are not going back. Rest assured, there is no compromise on racism, bigotry, xenophobia and sexism. We will fight it in all its forms, whenever and wherever it re-emerges.

I will keep an open mind to see what ideas Trump offers and when and how we can work together. Having lost the nationwide popular vote, however, he would do well to heed the views of progressives. If the president-elect is serious about pursuing policies that improve the lives of working families, I’m going to present some very real opportunities for him to earn my support.

Let’s rebuild our crumbling infrastructure and create millions of well-paying jobs. Let’s raise the minimum wage to a living wage, help students afford to go to college, provide paid family and medical leave and expand Social Security. Let’s reform an economic system that enables billionaires like Trump not to pay a nickel in federal income taxes. And most important, let’s end the ability of wealthy campaign contributors to buy elections.

In the coming days, I will also provide a series of reforms to reinvigorate the Democratic Party. I believe strongly that the party must break loose from its corporate establishment ties and, once again, become a grass-roots party of working people, the elderly and the poor. We must open the doors of the party to welcome in the idealism and energy of young people and all Americans who are fighting for economic, social, racial and environmental justice. We must have the courage to take on the greed and power of Wall Street, the drug companies, the insurance companies and the fossil fuel industry.

When my presidential campaign came to an end, I pledged to my supporters that the political revolution would continue. And now, more than ever, that must happen. We are the wealthiest nation in the history of the world. When we stand together and don’t let demagogues divide us up by race, gender or national origin, there is nothing we cannot accomplish. We must go forward, not backward. 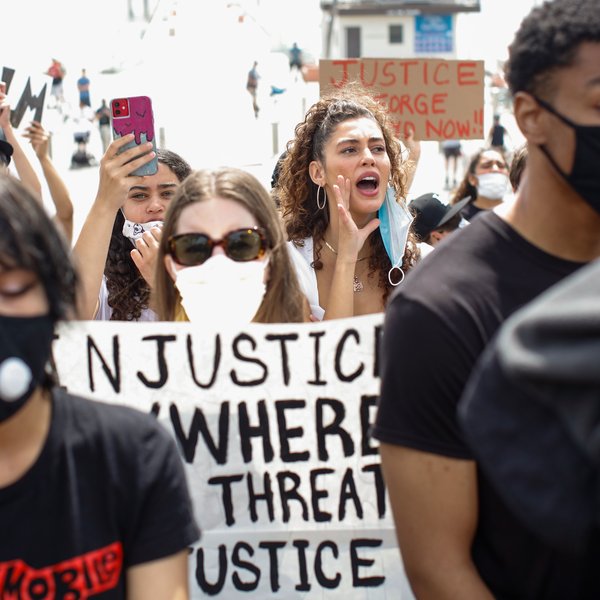 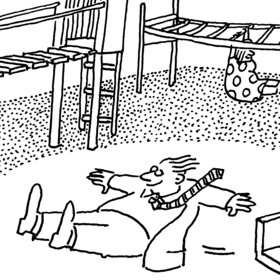 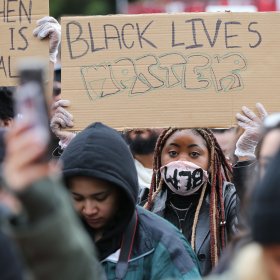 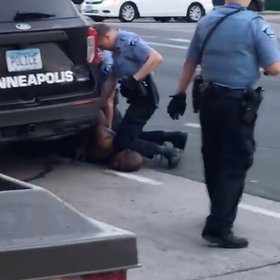